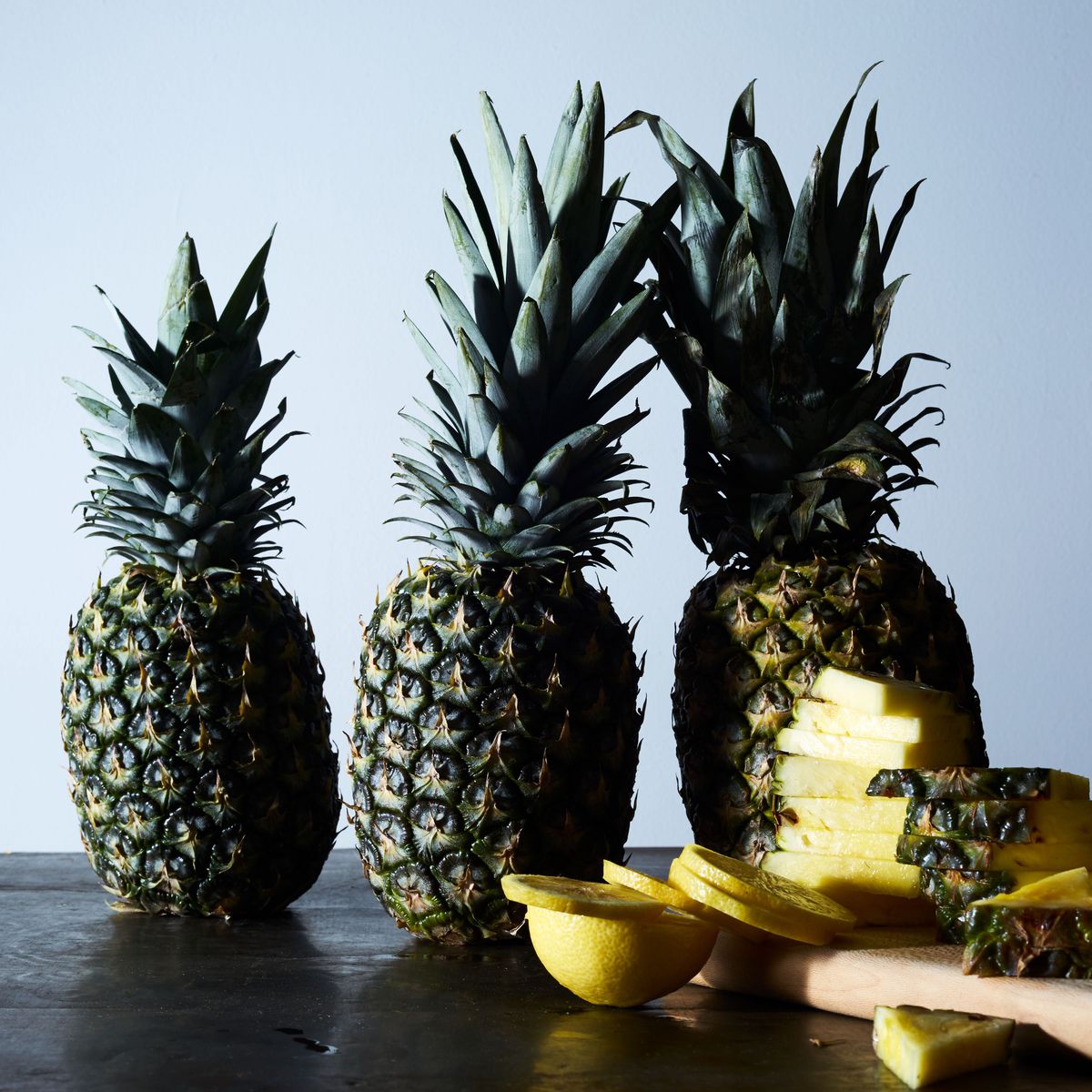 Chrissy Teigen—cookbook author, recipe site helm-er, kitchenware creator, actress, hilarious Twitter personality, woman about town—has given us some of our very favorite kitchen hacks over the years. See this “why didn’t we think of that?” way to make bacon even better; this crispy rice salad that changed the way we think about salads; this large-format casserole that tastes just like our favorite everything bagel breakfast with all the fixings.

And the best part of it all: Stanning Chrissy and her ingenious tricks is sort of a two-for-one package, because we also get access to her incredible mom, Pepper—to whom Chrissy credits all of her cooking know-how. So when Chrissy posted a video of Pepper’s go-to way to cut pineapple, you can bet we paid attention. Chrissy’s Cravings account said of this technique: “Out of all the tricks Pepper has up her sleeve, this hack has to be one of our favorites.”

And now it’s become one of our favorites. It allows us to discard as little of the pineapple as possible and make the fruit look super fancy. Watch the video below, read the step-by-step instructions we’ve gleaned from Pepper’s moves, and never find yourself in a spiky, bewildering mess again.

Step 1: Find your very sharpest chef’s knife and steadiest cutting board (set a damp cloth underneath your board to make extra-sure there’s no sliding around). Lay another small wet cloth onto the cutting board and stand a ripe pineapple on top.

Gripping the leaves of the pineapple to hold it steady, shave off a thin layer of skin by slicing down and around the pineapple. Try to remove as little of the flesh as possible, using the fruit’s curvature as a guide.

Pro tip from Pepper: Don’t even think about tossing that pineapple peel! You can rub it all over your metal jewelry make your pieces extra shiny. (Pepper also uses the pineapple peel as a skin exfoliant, which we think is a very clever idea, too.)

Step 2: Slice the bottom off the pineapple, so it can stand up straight on the cutting board.

Step 3: Look at the “eyes” of the pineapple—or the little brown dots that pattern the fruit (we removed such a thin layer of skin so we could easily see these). Notice how they circle the fruit in a diagonal spiral.

Make two long, but shallow cuts along each line, all around the circumference of pineapple (the above video really helps in visualizing this step). You’ll end up with an eyeless, very handsome pineapple—one that kind of resembles a tornado potato (our favorite).

Step 4: As-is, you can use this spiralized pineapple as a wondrous display. Or, proceed with cutting it into bite-size pieces for snacking.

Again gripping the leaves, cut along the pineapple’s core on all four sides, creating four thick planks. Depending on the pineapple’s size, and how big or small you consider “bite size,” cut the four planks in halves or thirds, lengthwise.

Cross-cut each plank to create little fruit nuggets. Pepper does this step in her hand instead of on the board, which is slightly terrifying (again, your knife’s supposed to be really sharp) and maybe not recommended for first-timers trying out this trick.

Have you ever cut a pineapple Pepper’s way? Let us know in the comments.