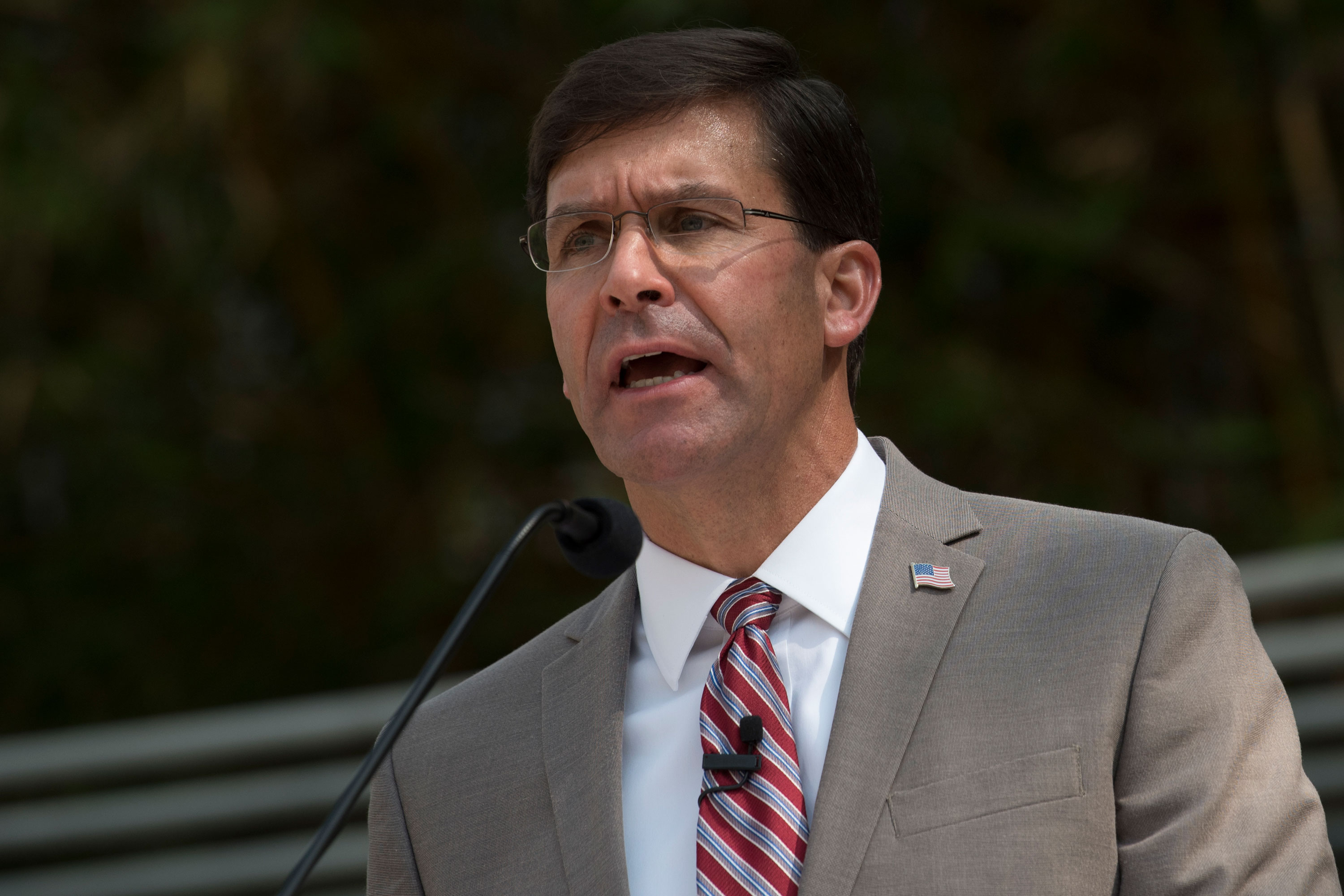 Defense Secretary Mark Esper outlined yet another ambitious plan Wednesday to reshape the Navy, in which it would finally build out the fleet to 355 ships or more, focus more on unmanned surface and submarine combatants, and find more funding to counter China’s fast-growing naval forces.

The plan relies on overhauling shipyards to produce and maintain ships “on cost and on schedule,” but it all depends on the funding, he said.

“To achieve this outcome, we must increase funding for shipbuilding and the readiness that sustains a larger force,” Esper said in an address and question-and-answer session at Rand Corp. in Santa Monica, California.

“Doing this and finding the money within the Navy budget and elsewhere to make it real is something that both the Navy leadership and I are committed to doing,” he added.

Esper said the plan is to focus on the Indo-Pacific with a more dispersed fleet and a new class of frigates to counter China’s land-based, long-range “carrier killer” missiles.

“In addition to developing advanced weapons systems, Beijing is also investing in long-range, autonomous and unmanned submarines, which it believes can be a cost-effective counter to American naval power,” he said.

The latest plan to counter China grew out of Defense Deputy Secretary David Norquist’s Future Naval Force Study to assess “a wider and more ambitious range of future fleet options” than existed under the Navy’s own modernization plan, Esper said.

Esper said he met with Norquist and his team earlier this week on their findings.

“The results are a game-changer that reflect a good deal of serious work and effort based on facts and data,” he said. “This study will serve as our guidepost as we program and build our future fleet, and conduct follow-on assessments.

Esper gave an example of where the Navy is headed. “Earlier this year, the Navy granted a $795 million contract to purchase the first ship of a new class of guided missile frigates [from Wisconsin’s Fincantieri Marinette Marine] with an option to purchase nine more totaling nearly $5.6 billion,” he said.

— Richard Sisk can be reached at [email protected].

Related: Divers in Southeast Asia May Have Found US Submarine Lost in WWII