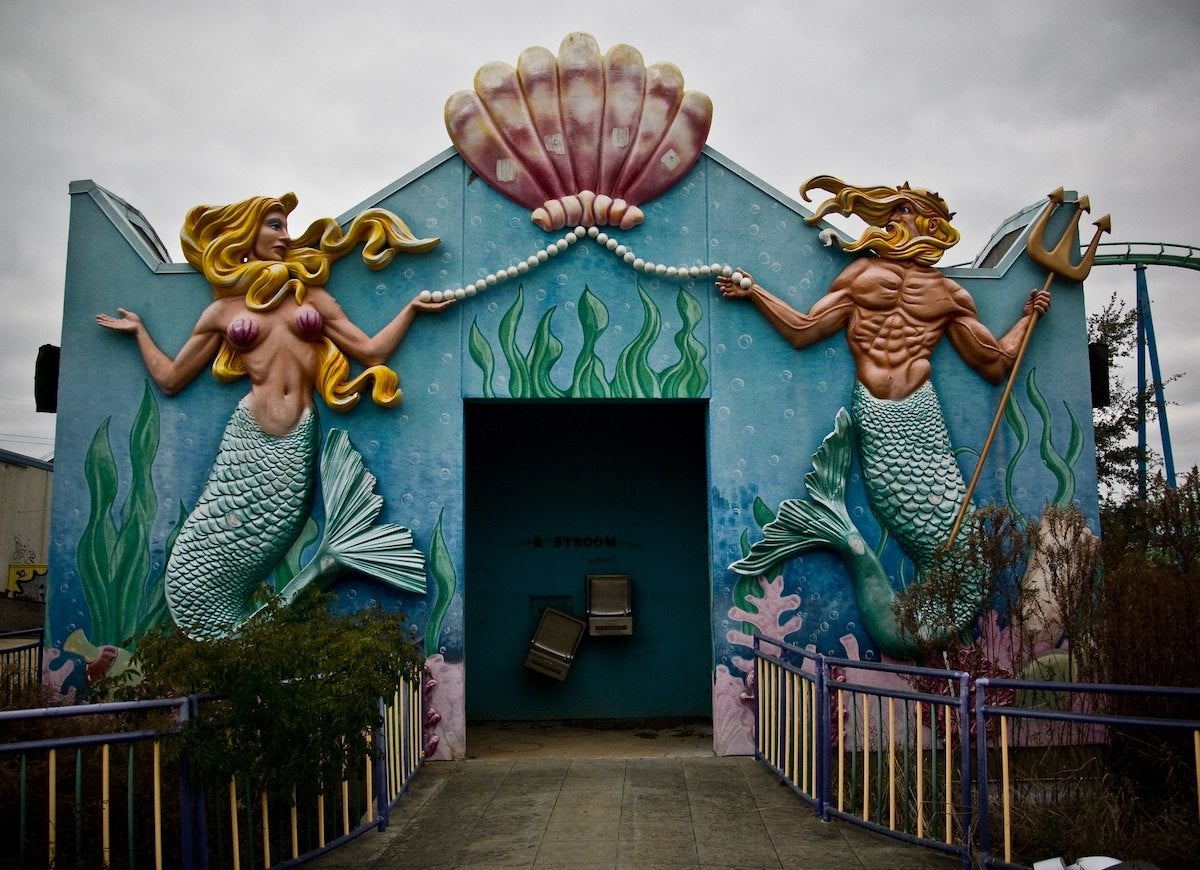 Outdoor enthusiasts first flocked to Geauga Lake in 1887, when it opened as a waterfront recreational area known as the Geauga Lake Site near Bainbridge Township in Ohio. The site eventually added rides and transformed into an amusement park that would play a vital role in the regional economy until it began to shut down in 2007, with its last open area, Wildwater Kingdom, finally closing in 2016. With the amusement park now abandoned, still-standing rides, including the “Big Dipper,” a wooden roller coaster, and “Ripcord,” a skycoaster, loom over debris-strewn, weedy walkways. The city is considering proposals for a mixed-use development at the site of the much-missed park.