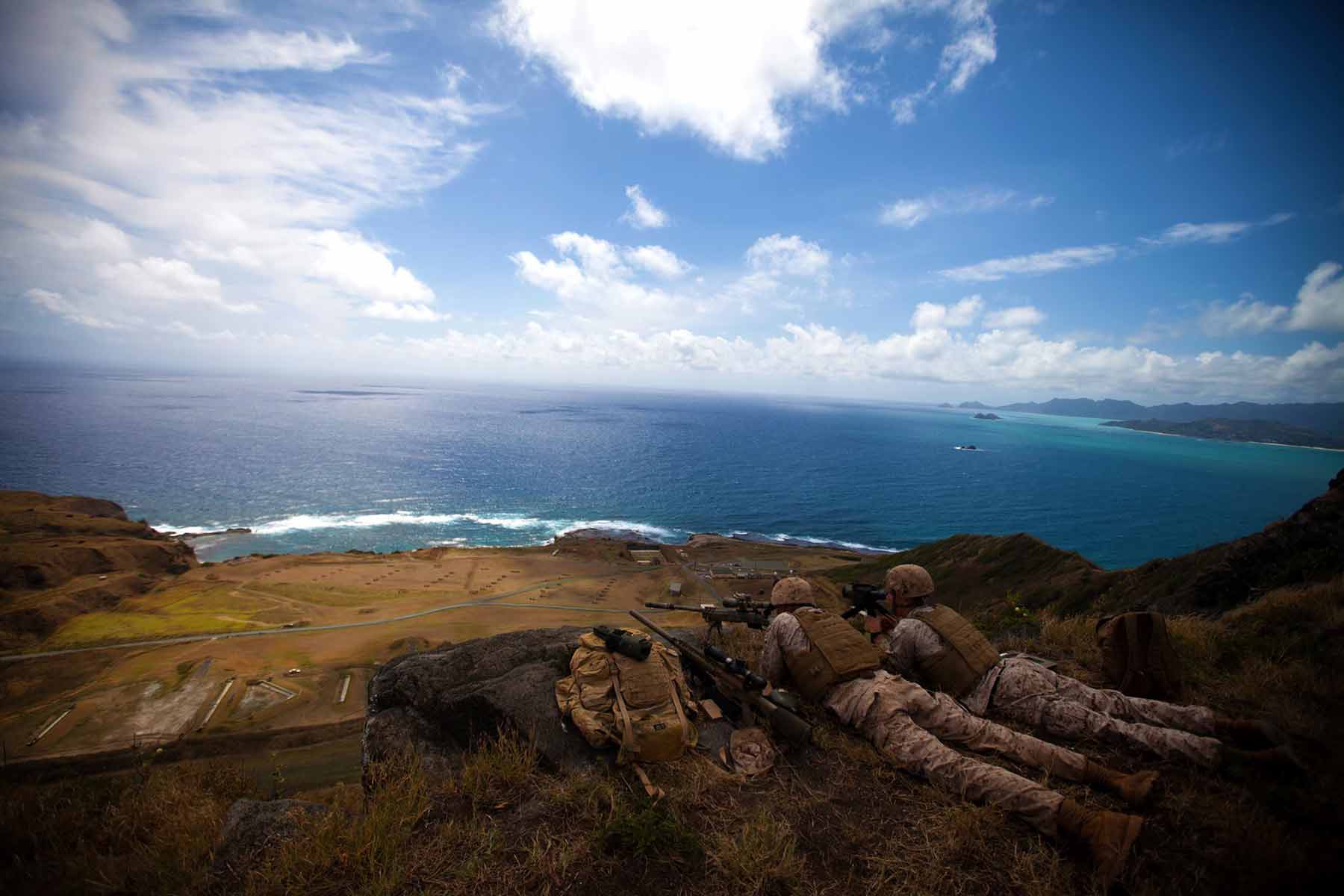 The Marine Corps is moving into a three-year test phase for a new Hawaii-based unit that could serve as a model for specially designed regiments built to fight in the Pacific.

Plans are moving ahead to form the first-ever Marine littoral regiment, or MLR. It’s one of several big shifts the Corps is making in preparation for a potential face-off with China or another sophisticated enemy.

The size and makeup of the MLR are still under review, but Maj. Gen. Kevin Iiams, assistant deputy commandant of Combat Development and Integration, said it will include more than ground forces.

Experimentation will center around the 3rd Marine Regiment, a Hawaii-based infantry unit with more than 3,000 personnel. Marine logisticians in Hawaii will join the test littoral regiment, Iiams said, along with anti-air elements based on the continental U.S.

“We need to experiment with how this force will be distributed, stay connected, employ fires, sense the battlefield, and be part of the overarching MAGTF and Marine Corps warfighting capability,” he said.

The Marine littoral regiment concept was born out of Force Design 2030, which called for reorganizing the Corps to be lighter in preparation for battling in hotly contested maritime spaces. After nearly two decades of ground warfare, the Marine Corps has already disbanded several of its tank battalions as part of the redesign.

The plan also calls for shedding thousands of troops from the ranks so the service can pay for high-tech equipment leaders say will be needed to deter China, Russia, Iran and others.

Force Design 2030 calls for three MLRs. The other two may be based in Japan and Guam, the Honolulu Star-Advertiser reported in May.

Aside from experimenting with the way MLRs should be organized, Iiams said the regiment in Hawaii will also test new equipment. They want Marines in the MLR to identify problems and gaps with the construct, he said.

The Marine Corps is still reaching out to industry partners for help developing capabilities the MLR might need, he added.

“What assets would we be able to place in that battle space that are very low signature and that give us the firepower that we need to be a relevant force that provides consequences, should we get past the deterrence phase,” Iiams said.

Related:The Marine Corps Is Forming a First-of-its-Kind Regiment in Hawaii