Posted in میلیتاری on سپتامبر 21, 2020 No comments 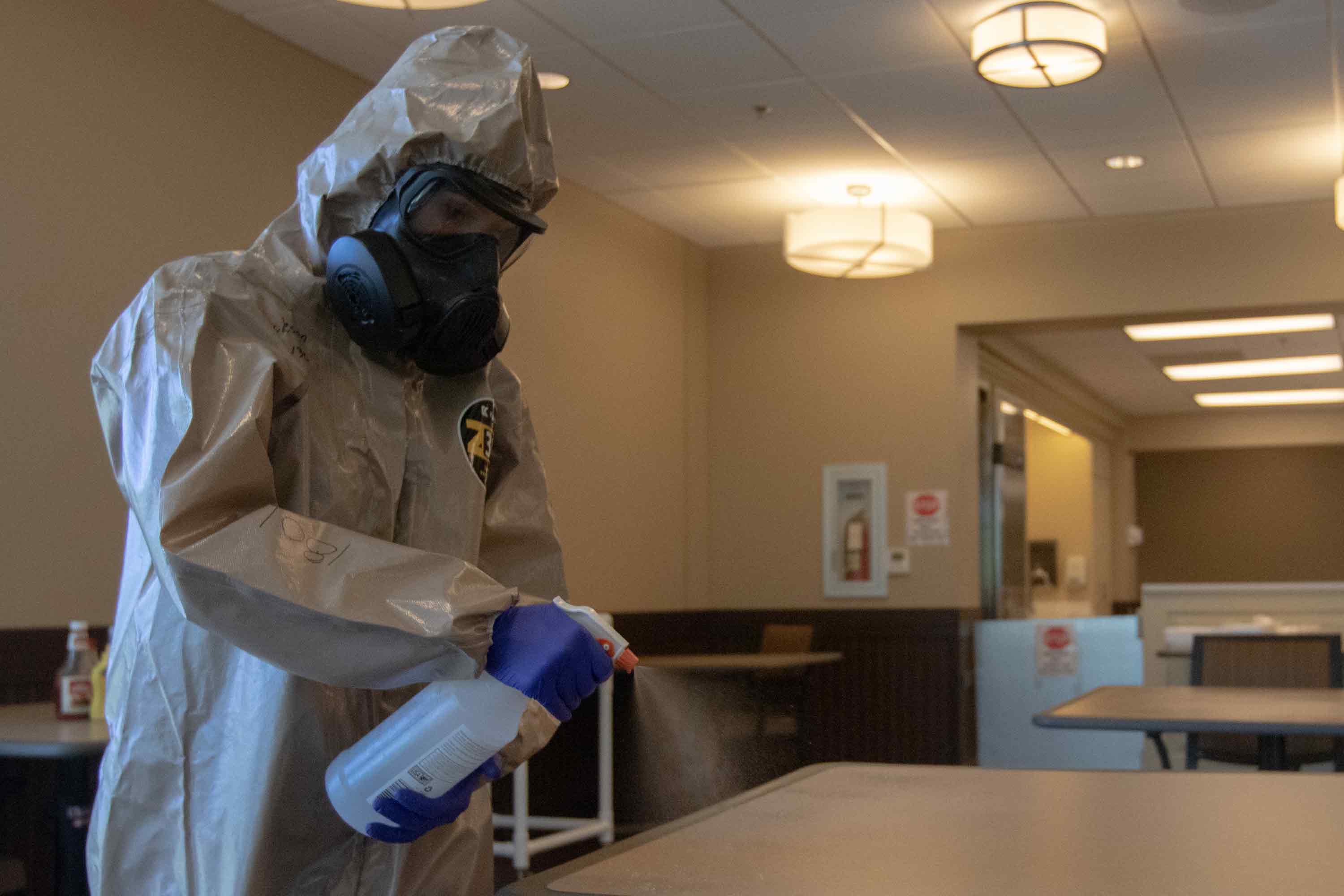 The death toll at the Yukio Okutsu State Veterans Home in Hilo has risen to 18 as authorities scramble to stop the worst coronavirus outbreak at a Hawaii nursing home.

Health officials finally confirmed 12 COVID-19 deaths at the beleaguered nursing home, bringing the total recorded fatalities due to the outbreak to 15. Three others are pending verification.

“It’s damn near every single resident. It’s kind of scary. It’s very sad. It just seems like it shouldn’t have had to happen. It’s old people dying and old people sometimes dying alone, ” said Jackie Gardner, Hawaii island East side long-term care ombudsman. “We are the worst nursing home in Hawaii. We’ll have 50 or 60 deaths from it at the rate we’re going.”

As of Friday, 69 residents and 30 employees had tested positive for the coronavirus–with 28 of the residents being treated in a COVID-19-designated ward of the nursing home and four residents hospitalized at Hilo Medical Center. The hospital reported that 19 residents and seven employees have recovered.

The confirmed deaths included 11 men and a woman, all between the ages of 70 and 80 with underlying health conditions. Ten of those residents died at the nursing home and two others in the hospital, health officials said. No other information was immediately available.

The 95-bed Hilo nursing home, named after a decorated World War II veteran in the 442nd Regimental Combat Team from Hawaii, has had seven health citations over the past three years and an overall “below average” rating from the Centers for Medicare and Medicaid Services, which cited the facility for failing to provide and implement an infection prevention and control program even before the pandemic.

On its website, the veterans home issued a statement saying, “We are working diligently to limit the spread of the virus to other residents of the facility. We will continue to fight to keep our residents and staff safe.”

Health officials reported an additional COVID-19 death of a 70- to 79-year-old hospitalized man on Oahu, with underlying medical conditions, bringing the state total since the beginning of the pandemic to 120 fatalities.

The U.S. Veterans Administration, Hawaii Emergency Management Agency and the state Department of Health Office of Health Care Assurance are finalizing three separate reports into the infections and deaths at the facility. Those reports are expected to be released to the public within the next few days.

Hawaii had 114 new cases Friday, including 105 on Oahu and nine on Hawaii island. As a result of updated information, two cases from Oahu were removed from the tally and one Kauai case was re-categorized to Oahu. Officials counted 4,559 new tests in the latest tally, representing a positivity rate of 2.5%.

Of the 273,888 coronavirus tests conducted so far by state and clinical laboratories since the start of the pandemic, 3.6% have been positive.There are 6,703 active infections statewide, and a total of 4,394 patients now classified as released from isolation, or about 39% of those infected.

“I wish I knew what happened. Once it seemed to be starting to happen they kind of shut down the information highway, ” Gardner said of the administration at the Hilo nursing home. Before the outbreak Gardner said she had worked with the facility, along with the DOH and Hawaii National Guard, to ensure the medical staff had proper personal protective equipment that was fit-tested.

Based on contact tracing, Avalon Health Care Group, which has managed the Big Island facility since 2008, said it thinks the coronavirus entered the home through an asymptomatic staff member in late August, as well as through a resident exposed at an outside dialysis appointment.

“I’m just as baffled as everyone else. I’ve been jumping up and down for months saying these old people have been in lockdown since March and we’re able to go out to dinner because commerce is worth more than someone’s life. I realize everyone has to make a living, but there has to be a better way than saying, ‘Let’s open the bars and gyms, (just ) wear a mask.'”

This article is written by Kristen Consillio from The Honolulu Star-Advertiser and was legally licensed via the Tribune Content Agency through the Industry Dive publisher network. Please direct all licensing questions to [email protected]

© Copyright 2020 The Honolulu Star-Advertiser. All rights reserved. This material may not be published, broadcast, rewritten or redistributed.