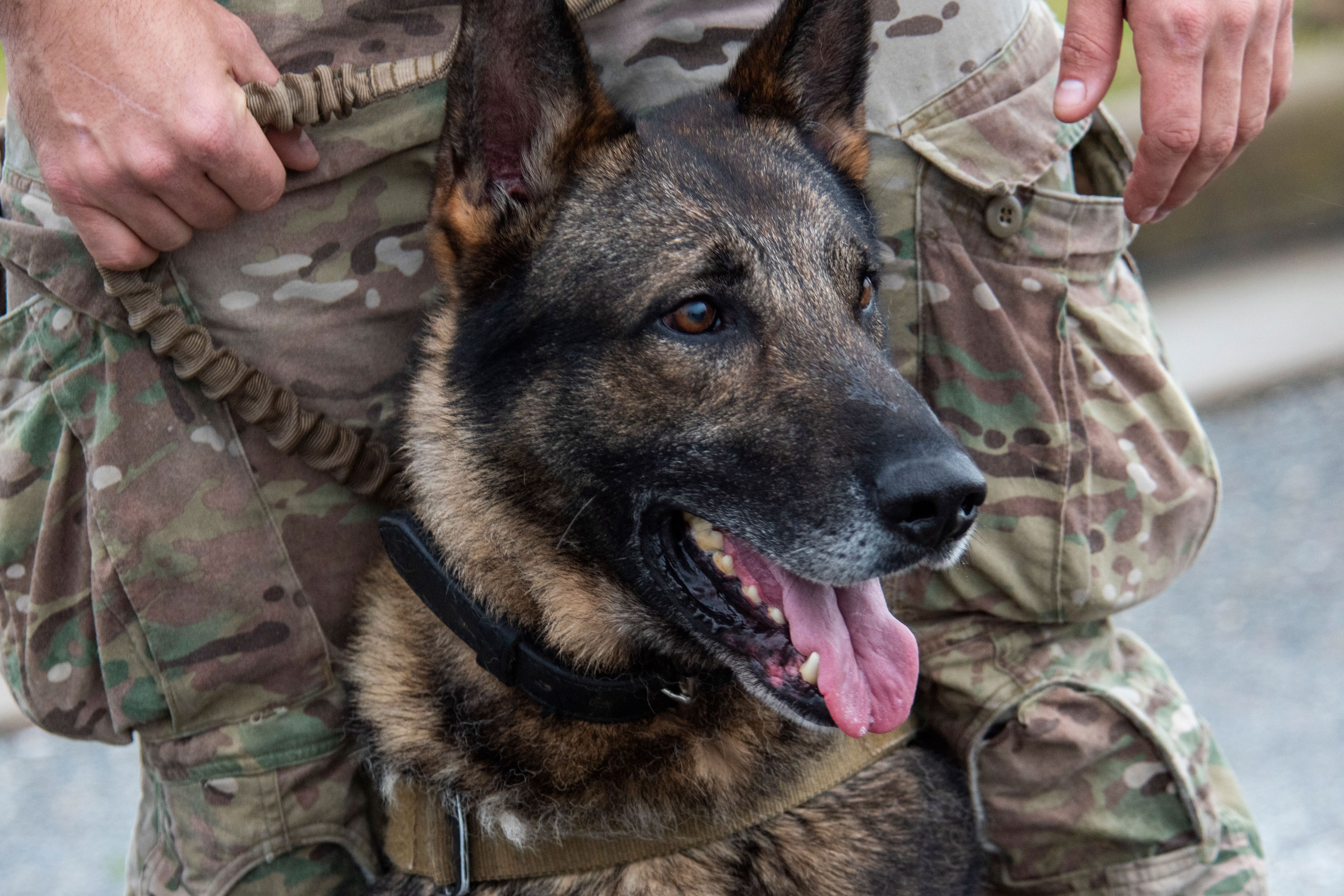 A Democratic lawmaker wants the Pentagon to buy American when it comes to its Military Working Dog program.

Sen. Richard Blumenthal of Connecticut included an amendment in the 2021 National Defense Authorization Act that would require the U.S. Air Force, which oversees the Pentagon’s program, to conduct a business case study on what it would take to purchase dogs from U.S. breeders instead of European sources.

“I was surprised to learn from the Air Force that the vast majority of our working dogs are actually born and bred in Europe, which raises costs and puts us in competition with other countries,” Blumenthal said in a statement to Military.com on Wednesday. Bloomberg News was first to report the story.

“I wanted to do what I could to help establish a strong program to breed working dogs here at home, where we already have an expert training program. Our provision in this year’s NDAA takes the first step toward that goal by assessing what resources are necessary for the Department of Defense to meet increasing demands for military working dogs by supporting American breeders,” he said.

The Air Force budgets roughly $5 million annually for the program, buying about 450 dogs each year, according to service spokeswoman Laura McAndrews. The dogs are trained at the 341st Training Squadron, an extension of the 37th Training Wing at Joint Base San Antonio-Lackland, Texas. The 341st, which trains and cares for working dogs in the DoD and other government agencies, has a separate operational budget of about $8 million, she said in an email.

It costs about $5,500 to buy a dog from Europe, according to statistics provided by the Air Force. The service pays about $9,000 per dog in the U.S.

The domestic market has slimmed in recent years, McAndrews said, especially for the type of dogs the Pentagon wants, including the Belgian Malinois and German Shepherd breeds.

“There simply is no market value to a vendor in operating a breeding program to the capacity needed to meet the demands of the DoD,” she said, adding that these breeds are readily available in Europe because of “an almost century-old tradition of breeding, training, selling and competing with trained police-style working dogs in almost every country of Western and European Europe.”

It was not immediately clear whether there are additional costs to move the dogs across the Atlantic; McAndrews could not provide that information by press time.

“Regardless of procurement location, the cost to train is approximately $60,000 per dog,” she said.

The Pentagon bought 427 working dogs last year — 214 from domestic vendors and 213 from overseas. But of the 214 dogs procured domestically, 194 were born in Europe, the service said.

Turning to American breeders may become a necessity in the near term, Blumenthal said, solely due to demand for the dogs.

Blumenthal noted dogs are no longer considered just “military equipment” and are instrumental in augmenting troops on the battlefield.

“We’ve made huge strides to protect and support these heroic animals … expanding their access to medical care and making adoption easier,” he said. “I also included language in NDAA to require a new Comptroller General report on the welfare and health of working dogs across the federal government.”

Some military working dogs have even become famous over the years. For example, President Donald Trump last year awarded an achievement medal to Conan, the Belgian Malinois who chased Islamic State leader Abu Bakr al-Baghdadi into a tunnel before the man detonated a suicide vest.

Similarly, Cairo, also a Belgian Malinois, in 2011 helped secure the perimeter and sniff out bombs around the house where a Navy SEAL team took out Osama bin Laden, the terror leader behind the 9/11 attacks.