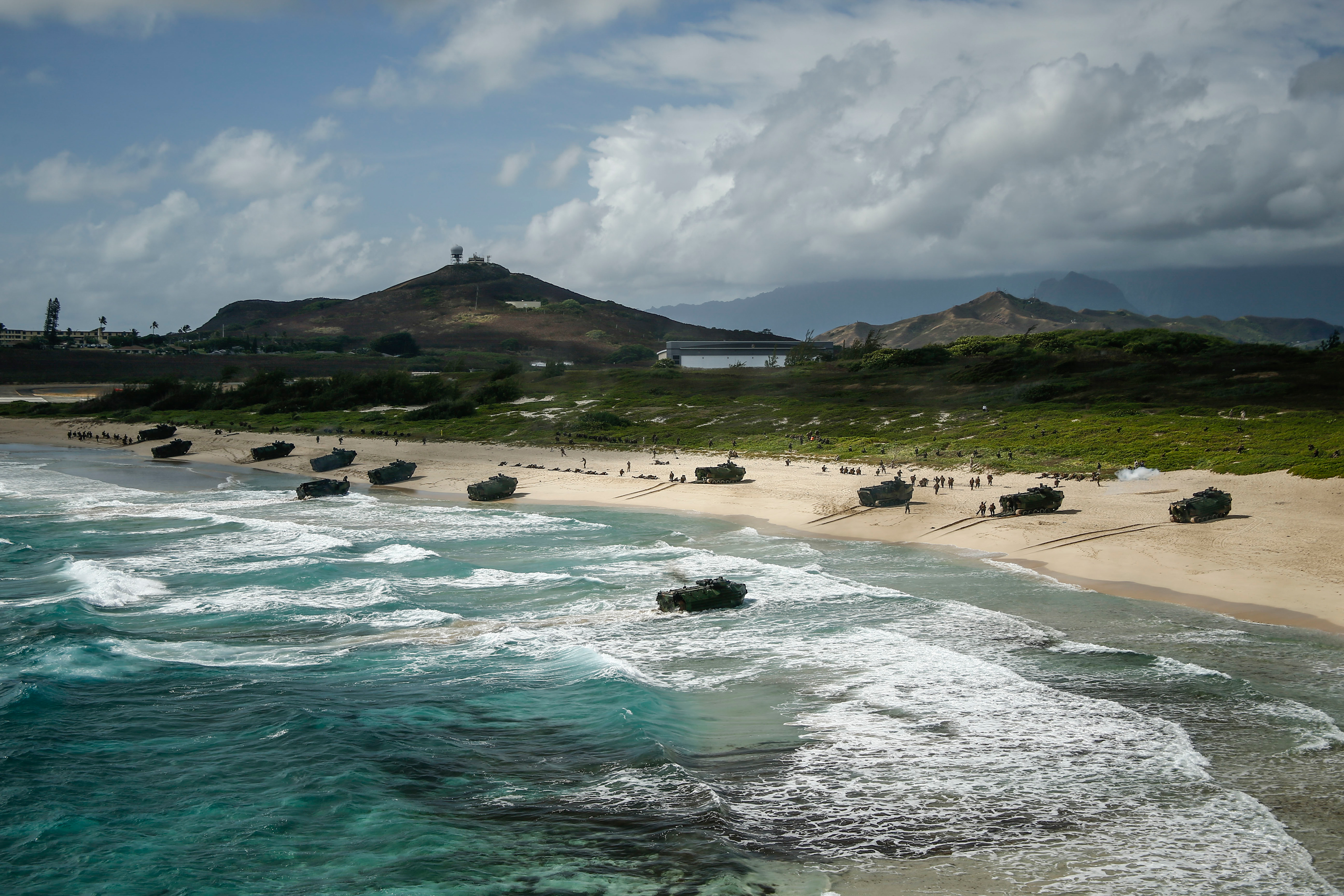 The Marine Corps amphibious vehicle involved in a deadly mishap Thursday has a long history and was set to be replaced a decade ago. However, defense budget cuts scrapped its multi-billion-dollar replacement in 2011.

Amphibious vehicles — commonly called “Amtracks” — have been part of the Marine Corps’ fighting force since World War II, when in 1943 they carried Marines onto the shores of Tarawa, a tiny island in the Pacific.

The modern version, the Assault Amphibious Vehicle, entered service in 1972.

The armored troop carriers can be armed with a .50 caliber machine gun and a grenade launcher. They deploy from Navy amphibious ships’ well decks to ferry troops to nearby beaches. On land, they’re outfitted with tank treads and can transport assault teams to and from the battlefield before returning to their ships. They can carry up to 21 troops and are operated by a crew of three.

At the turn of the 21st century, replacing the AAV became the top priority for the Marines.

Its planned replacement, the Expeditionary Fighting Vehicle, was a larger, faster version of the AAV. It could travel at speeds over 25 mph while at sea — more than triple the AAV’s top speed of 8 mph in the water.

However, the technology in the EFV was expensive, and throughout the first decade of the 2000s costs ballooned for the General Dynamics-made craft. By 2011, the program cost was an estimated $15 billion. The program was canceled in January of that year.

Then-Congressman Duncan Hunter said at the time the cut would do “more harm than good, especially when the core competency of the Marine Corps centers on amphibious operations.”

Hunter, a Marine veteran of the war in Iraq, left Congress in January after pleading guilty of stealing money from his campaign.

A cheaper replacement — the Amphibious Combat Vehicle — is still in the early stages of funding and development.

Lt. Gen. Joseph Osterman, the outgoing commanding general of I Marine Expeditionary Force, said at a Camp Pendleton news conference Friday that, despite its age, the AAV has been modernized since 1972.

“AAVs were originally procured in 1972 but they’ve gone through many service life extension programs,” Osterman said. “They bring it in, they literally bring it down to just the hull and rebuild everything inside of it. We’ve done that multiple times through the years.”

This article is written by Andrew Dyer from The San Diego Union-Tribune and was legally licensed via the Tribune Content Agency through the Industry Dive publisher network. Please direct all licensing questions to [email protected]

© Copyright 2020 The San Diego Union-Tribune. All rights reserved. This material may not be published, broadcast, rewritten or redistributed.