Posted in میلیتاری on سپتامبر 19, 2020 No comments 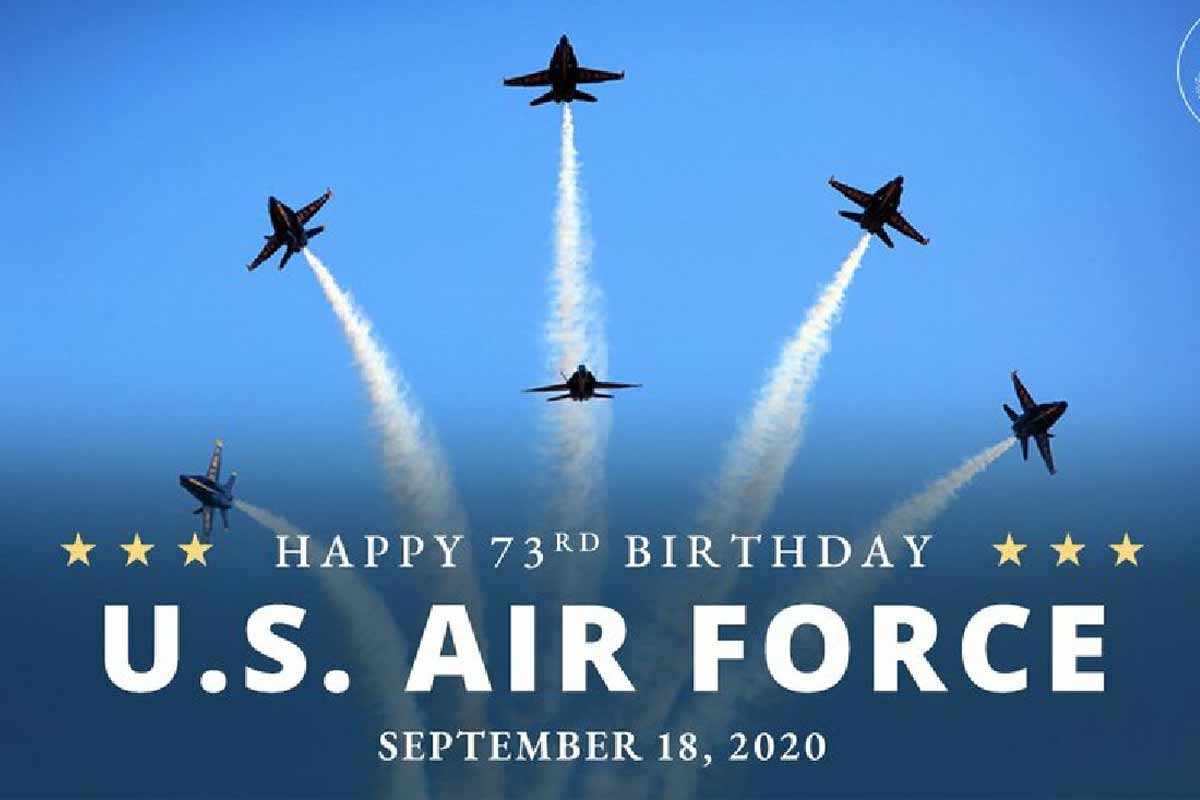 The State Department on Friday posted a tweet to honor the Air Force, but used a photo of the Blue Angels, the Navy’s elite demonstration team.

“Today, the Department celebrates @USAirForce’s 73rd birthday,” the official account states. “We join the rest of our nation in honoring the service and dedication of the U.S. Air Force’s Airmen and women, past and present. #USAF73.”

The department, which did not respond to Military.com’s request for comment, eventually deleted the tweet — but it wasn’t alone in the error.

“Happy 73rd Birthday to the @usairforce! We are grateful for all men and women of the U.S. Air Force who have boldly fought for and defended the security of our great nation,” Sen. Marco Rubio, R-Fla., tweeted, also with an accompanying a photo of the Blue Angels. He was quick to delete it minutes later.

Separately, Rep. John Carter, a Republican from Texas, used a photo of an F-35 Joint Strike Fighter — except below the Lightning II were once again F/A-18 Hornets from the Blue Angels demonstration team, which is currently transitioning from the legacy aircraft to F/A-18E/F Super Hornets.

The Internet was swift in its response, with many pointing out the gaffe. Others mockingly posted well wishes to the Air Force, using images of sailors and aircraft carriers.

Even the official Navy Chief of Information’s office weighed in on the mistake, posting the State Department’s message with its own in jest: “Happy birthday @usairforce, but we’re not giving you the @BlueAngels. Aircraft carriers are also only @USNavy.”

Politico’s Dave Brown pointed out that Amy McGrath, a Senate candidate from Kentucky, issued an ad in which she talks about her military experience over stock footage of an F-15 Eagle. McGrath is a former F-18 pilot.

The ad featured a stock image of Russian soldiers being buzzed by a MiG-29 twin-engine jet. It quickly went viral. The description on the Shutterstock photo site says, “Military silhouettes of soldiers and airforce [sic] against the backdrop of sunset sky.”

Responding to the now-viral ad, Arthur Zakirov, the Russian photographer who created the image, told Politico that he thought the error was “pretty funny.”

“Today, you hear about the Kremlin’s hand in U.S. politics. Tomorrow, you are this hand,” Zakirov said.

Related: The Trump Campaign Asks You to Support Our (Russian) Troops