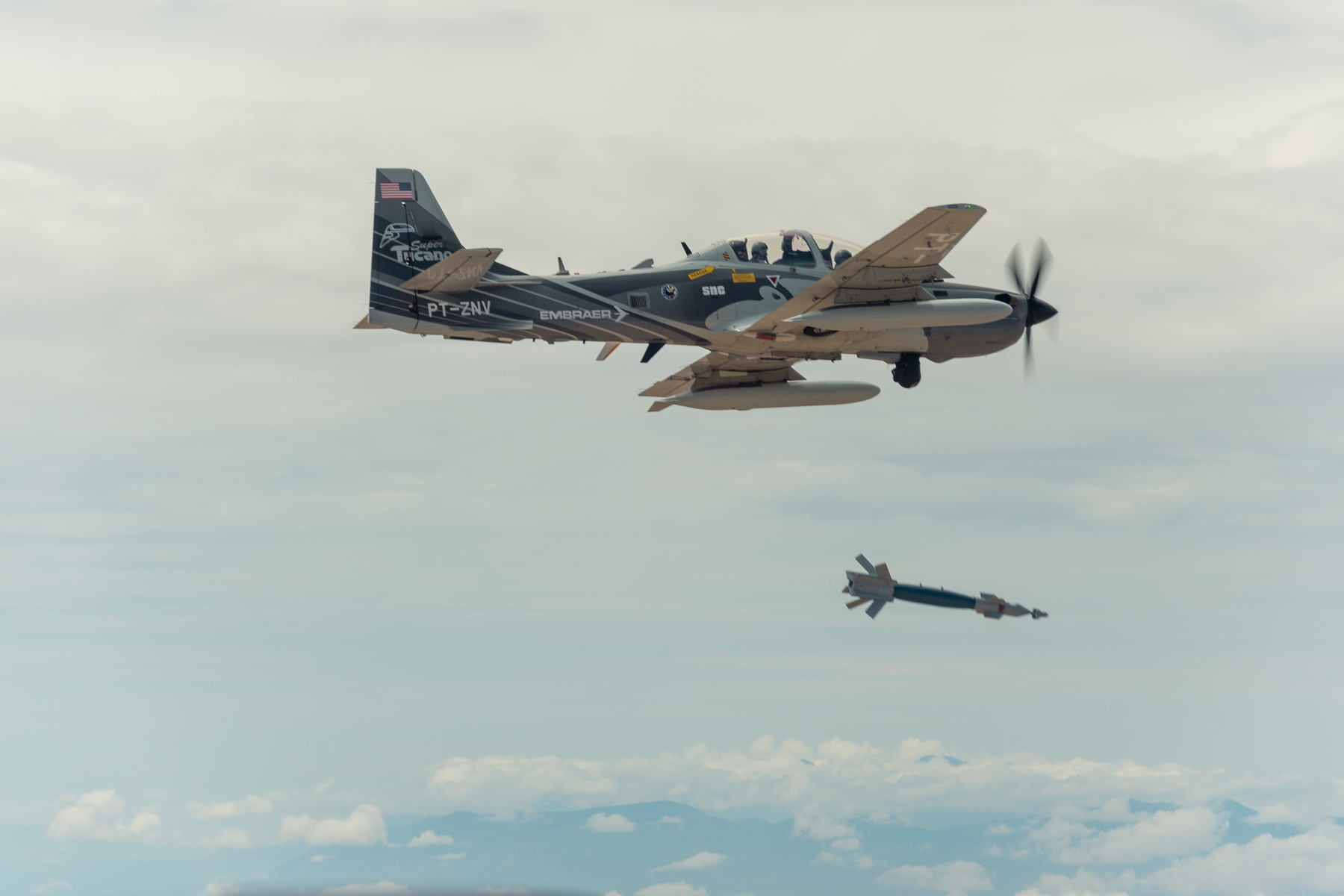 The commander of Air Force Special Operations Command (AFSOC) hasn’t given up on buying aircraft for close-air support and precision strike, as well as intelligence, surveillance and reconnaissance missions, but he acknowledged that congressional uncertainty over the fiscal 2021 defense budget may delay plans to purchase a new fleet of light-attack aircraft designed for the task.

But AFSOC commander Lt. Gen. James Slife said recently that, while congressional committees understand the overall need for Armed Overwatch, they may not be convinced that fiscal 2021 is the time to buy new aircraft.

“I’m not really sure where we are to land, to be honest with you. … Really, the question is one of timing whether [fiscal] 2021 is the time to jump into procurement or if we need perhaps a different acquisitions strategy that doesn’t move quite as quickly as the one that SOCOM had originally proposed,” Slife told reporters at the Association of the Air Force’s virtual Air, Space & Cyber conference.

Program officials had planned to conduct vendor demonstrations in November, but that may be delayed until next year, Slife said.

Program officials are still working to define formal requirements such as “how many pounds of equipment it should carry, how long it should stay aloft, how long the runway would need to be for it to operate,” Slife said.

“I believe we are going to make some substantial progress in 2021,” he said. “I don’t know if we will get to procurement in 2021, but I do believe we will conduct the demonstration and refine our requirements documents before we do a broader solicitation in 2021.”

The Air Force announced in 2016 that it had plans to hold flight demonstrations with a handful of aircraft to test whether lighter, less expensive and off-the-shelf aircraft might be usable in combat zones such as Afghanistan. The service first held a series of light-attack experimental fly-offs and maneuvers at Holloman Air Force Base, New Mexico, in 2017 in a two-phase approach. The second phase of the experiment was canceled following a fatal crash in June 2018.

Even with the second phase cut short, Air Force officials determined that the Textron Aviation AT-6 Wolverine and Sierra Nevada Corporation/Embraer Defense & Security A-29 Super Tucano were the best fits for its light-attack needs.

But last year, the service announced that it plans to purchase two or three light-attack aircraft from each company at most, stationing some of the aircraft at Nellis Air Force Base, Nevada, and some with AFSOC at Hurlburt Field, Florida.

— Oriana Pawlyk contributed to this report.

— Matthew Cox can be reached at [email protected]