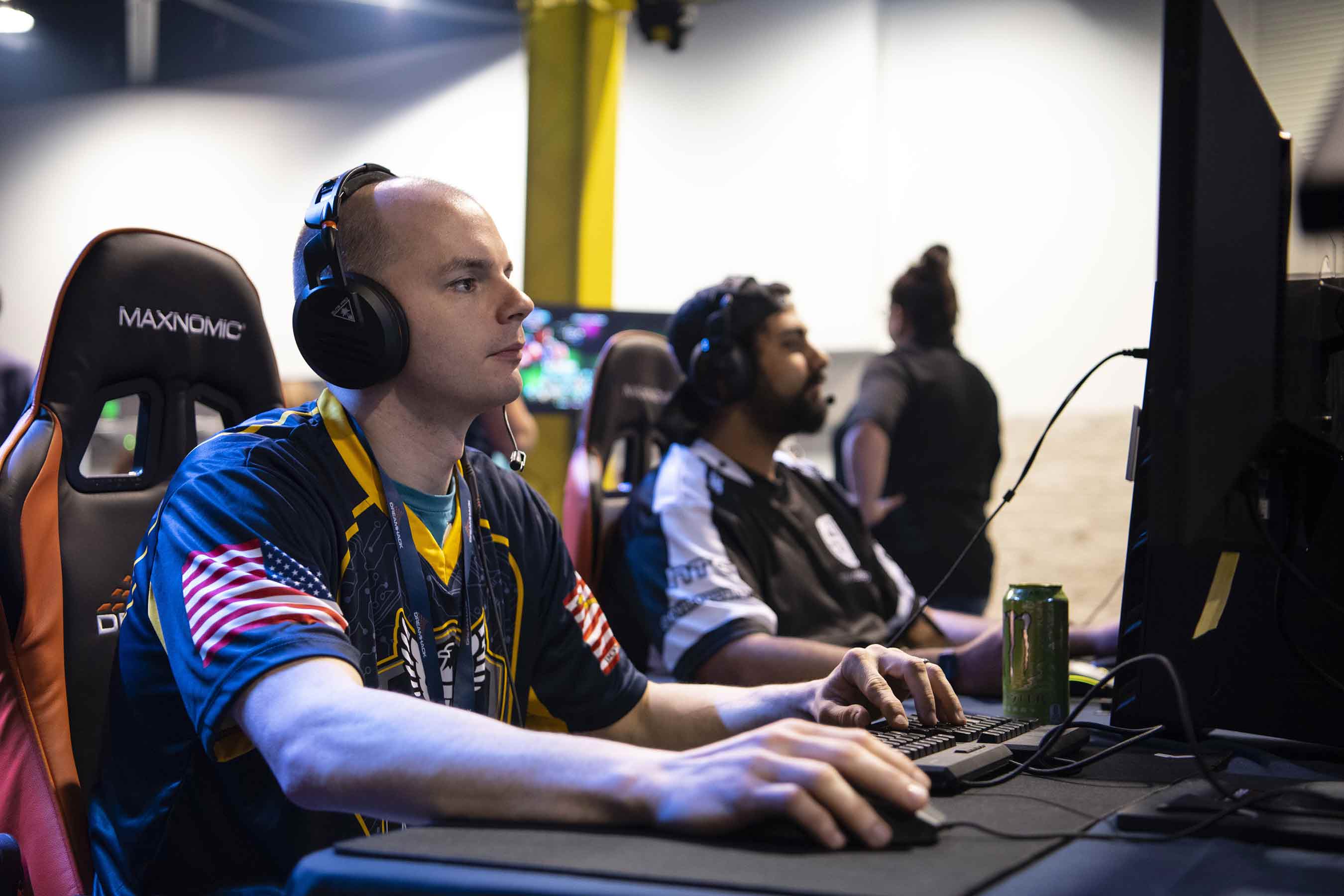 The Navy is standing by its decision to block some users on its livestreaming channel where the sea service’s new esports team talks to young gamers.

Goats & Glory will resume streaming on the Navy’s Twitch channel Friday night after claims that the esports team was stifling free speech by banning some commenters. Rear Adm. Dennis Velez, the head of Navy Recruiting Command, made the call July 23 to temporarily halt the team’s Twitch streams to review the service’s policies and provide training to Goats & Glory members.

That was after, as Velez put it, Twitch users spent several days “spamming” the Navy’s channel. Twitch is a video streaming platform where sailors on the esports team are shown playing video games — mostly the first-person shooter game “Counter-Strike: Global Offensive” — while answering viewers’ questions about the Navy in real time.

“There were a few folks who are going [into the channel] and just bringing up issues … not allowing conversations to take place,” Velez told Military.com on Thursday. “These are young sailors on the channel, and we wanted to make sure that they were comfortable.”

Jordan Uhl, a progressive activist, told Vice’s Motherboard earlier this month that he trolled the Army and Navy’s esports teams on Twitch to expose possible First Amendment violations. A video Uhl posted on Twitter appeared to show a sailor blocking him from the Navy’s Twitch channel after he asked about war crimes stats.

A second video Uhl posted shows a sailor instructing a Twitch moderator to block comments that included “Eddie Gallagher,” Motherboard reported. Gallagher is a former Navy SEAL who was acquitted of murder charges and found guilty of inappropriately posing for a photo with an enemy corpse in the war zone.

The esports sailor in Uhl’s video said people were using Gallagher’s name to get around a previous block on the words “war crimes.”

Velez defended the move and said the Navy will continue blocking users who attempt to “hijack the conversation” on the service’s channel.

“We follow the Twitch rules for moderation,” he said. “You have to have some policies in place … on moderated discussions [because] it’s pretty easy for anyone to hijack the conversation and not allow people to ask questions.”

Twitch allows channel owners to block and ban viewers or set rules its users must follow.

The Navy is new to the esports community. Goats & Glory currently has nine volunteers, including a lieutenant and eight sailors between the ranks of E-5 and E-7. The team has been using Twitch since the spring.

Velez stressed that the goal is not to recruit people there, but for the sailors streaming on the platform to inform young people about life in the Navy and clear up misconceptions they might have about the military lifestyle.

“If you were to watch one of our streaming sessions, you would see a sailor wearing a Navy esports jersey with the Navy logo on the front and the American flag on the back,” Velez said. “… As they’re playing a game, they’re having discussions with fans and the folks that are watching. They are there to answer questions about the Navy.”

The sea service isn’t the only military branch to face scrutiny over its use of the streaming platform. The Army’s esports team paused its operations this month after it, too, was blocking users asking about war crimes.

Rep. Alexandria Ocasio-Cortez, a New York Democrat, this week pushed for a ban on military services using Twitch as a recruiting tool. Her proposed amendment was nixed, with more than 100 Democrats joining House Republicans in voting it down.

“These are not education outreach programs for the military,” Ocasio-Cortez said ahead of the vote, adding that children using the platforms could be targeted by military recruitment ads.

The Navy’s Twitch channel has about 3,000 followers, Velez said, and its content has gotten more than 10 million views. The channel has also led to more than 65,000 direct connects to the Navy website, he added, though Velez said he was unable to say whether any of those connections led to actual recruiting accessions.

“As we work with this process and this vehicle of information, as it matures more, we’ll be able to come up with the metrics that allow us to do that,” he said.

Ultimately, the admiral said he considers the esports sailors to be an outreach tool for the Navy, not unlike the Blue Angels flight demonstration squadron or Leapfrog parachute team.

Twitch attracts members of Generation Z, which is anyone born after 1996, and their audience is expected to grow, Velez said. Studies have shown that generation, which is the same crowd the Navy is trying to recruit, doesn’t always understand the military, he added.

“At the end of the day, the most important thing is allowing young sailors to talk about the things they have done,” Velez said. “It’s a powerful way to communicate to people that may not know anything about the Navy.”