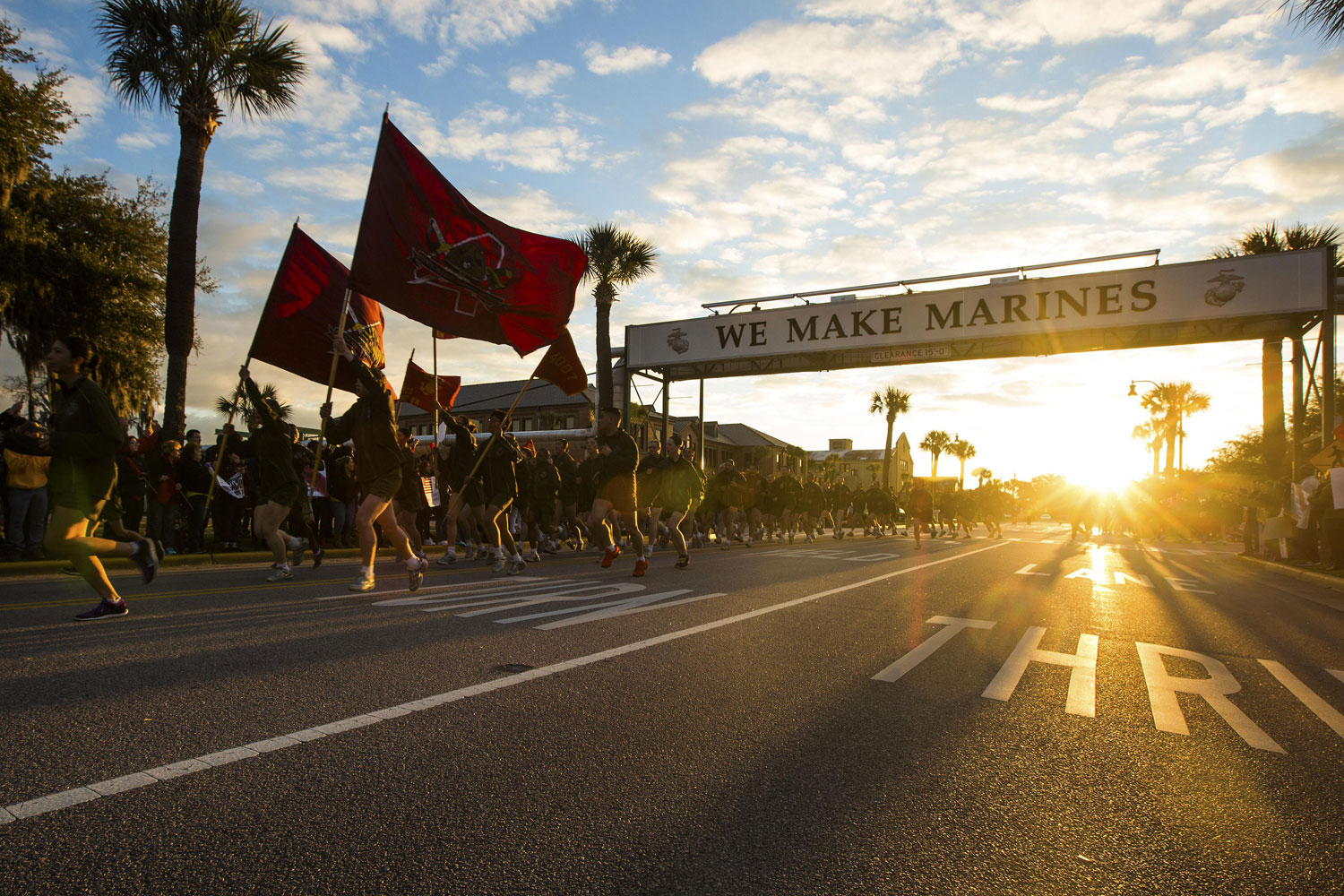 The Marine Corps is considering a plan in which it could close its two existing boot camp locations and funnel all recruits to a new base where men and women would train together.

Marine entry-level training is a long way off from being able to meet a congressional mandate to make its East and West coast training bases both able to support gender-integrated training in the coming years, the Corps’ top general said on Thursday.

That is leading the service to study the option of opening a third training base in a new location to which all new recruits would ship, rather than spending cash on construction projects at aging training bases.

“Nothing, the way we’re organized right now, lends itself to integrated recruit training,” Commandant Gen. David Berger said on Thursday. “If that’s our start point — and it is — we have to get to a place on both coasts, or at third location or whatever we end up with, that … there are male and female recruits around.”

Both the Marine Corps’ recruit training depots have storied pasts — particularly Marine Corps Recruit Depot Parris Island in South Carolina, which was first used by Marines in the 1890s. Hundreds of thousands of Marines have stood on the famous yellow footprints on each base at the start of their careers before earning the coveted eagle, globe and anchor and title of Marine.

But with a new law bearing down on the service to make both locations support coed training — within five years at Parris Island and eight at San Diego — the Marine Corps is exploring different options, Maj. Eric Flanagan, Berger’s spokesman told Military.com.

“The question becomes, ‘Are we better off just using [military construction] dollars to create a new third site, or put that money into our existing sites?'” he said. “No decisions have been made. We’re not investing any money anywhere else. It’s just an option we’re talking about.”

The Marine Corps hasn’t yet identified a state where the new boot camp location might be located, Flanagan said. In assessing the possible change though, he said they’re considering a lot more than just the need for coed squad bays and other facility changes to support gender-integrated boot camp.

Parris Island sits on South Carolina’s coast, just north of Hilton Head, leaving it susceptible to hurricanes. And in California, recruits leave the recruit depot, which butts up against San Diego International Airport, to complete some of their needed training at nearby Camp Pendleton.

“If you have to update a lot anyway, do you save manpower, resources and personnel by just combining the two into one?” Flanagan said.

If the Marine Corps were to move boot camp away from its fabled training bases, Kate Germano, a retired Marine lieutenant colonel who led Parris Island’s female 4th Recruit Training Battalion, said leaders must explain their reasoning in full. Otherwise, she said she worries male Marines would blame women for the loss of tradition.

“There would be so much animus there, as if there isn’t already enough,” Germano said.

Women first began training at Parris Island in the 1940s, but it wasn’t until last year that the training base saw the first-ever coed company graduate. The Marine Corps continues to fight to keep its platoons segregated by gender, though it has trained several more coed companies.

“The way the Marine Corps has kicked this can down the road consistently, it’s a delay tactic in my view,” Germano said. She was relieved of command in 2015 for what she says was an effort to push for better, more equitable training for women. Marine officials contended at the time she was relieved because she was a toxic leader.

There can be a years-long lag between a planned military construction project, Germano said, and “shovels in the dirt.”

“The big question that I have is, where is this on the Marine Corps’ list of priorities, and why isn’t it at the top?” she said.

A Marine Corps memo on the service’s plans to make boot camp gender-neutral released last month referred to it as such.

But for a service that has struggled to embrace coed training, Richard Kohn, a history professor who studies the U.S. military at the University of North Carolina at Chapel Hill, said a new training site could serve as a fresh start.

“If they build something from the ground up, they’ll be able to make it exactly as they want to facilitate integrated training,” Kohn added. “And second of all, if they get rid of Parris Island, it might dilute the traditionalist emotions.”

Kohn said the move is likely to face pushback from members of Congress interested in keeping the bases — along with their associated workforces — in their states.

Flanagan said it’s too early to say whether a new boot camp site would mean the Marine Corps would get rid of its two coastal-area bases. Closing military bases can take years, but the real estate in California and South Carolina could prove valuable.

Ultimately, Kohn said, the decision could come down to cost.

“The bean counters usually [decide] these things,” he said.