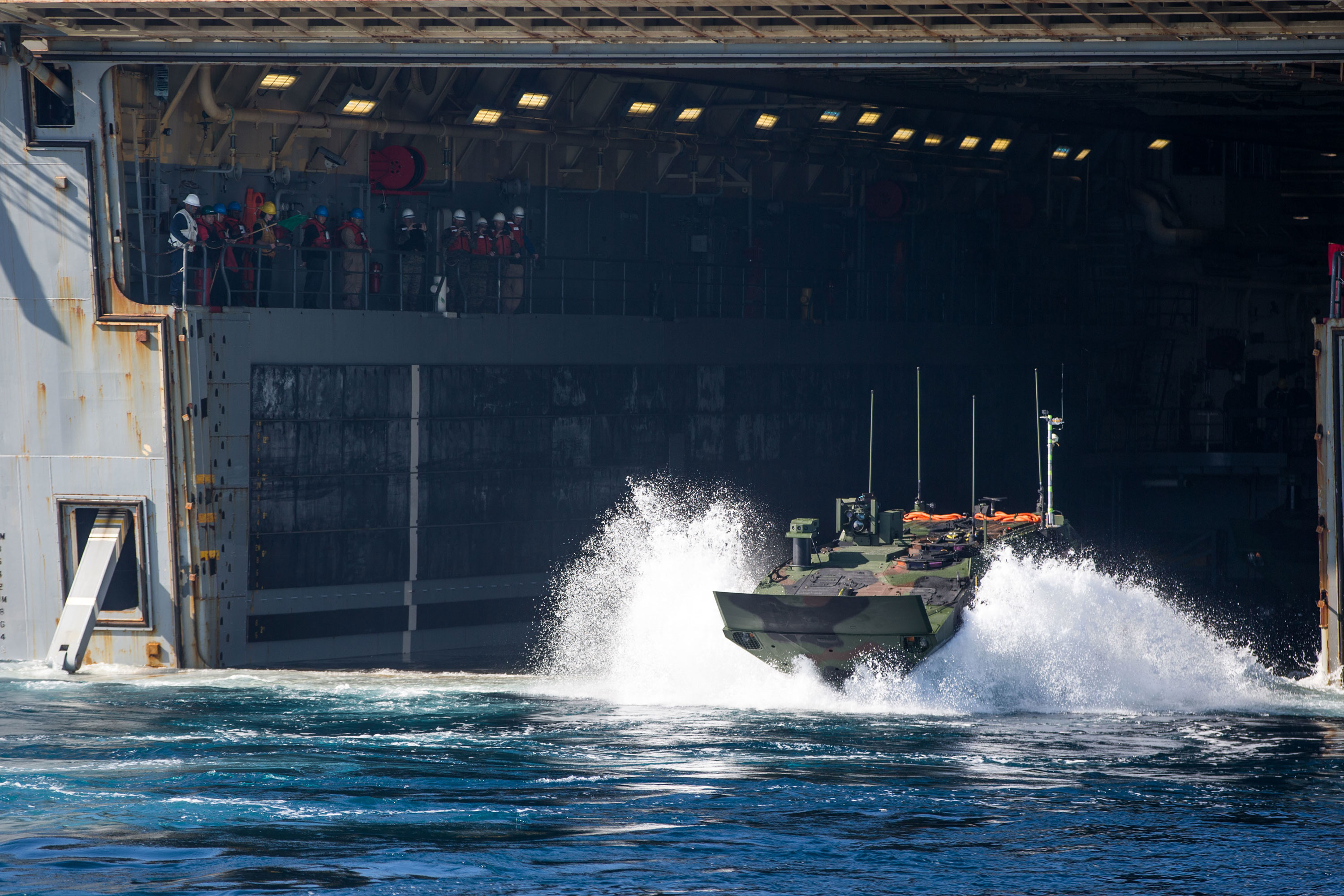 Marine Corps modernization officials said Tuesday that the service has completed testing of its new amphibious combat vehicle, or ACV, and will begin fielding the replacement to the older amphibious assault vehicle next month, ahead of schedule.

“The ACV’s status is frankly good; we have completed the IOT&E, and we will begin early deployment fielding essentially next week,” Garner said. “We anticipate that that fielding will be complete sometime in October. And we are preparing for, and believe we are in a very good position for, a full-rate production decision at the end of November.”

Read Next: Marines’ 1st-Ever Littoral Regiment Will Include Combat, Logistics and Anti-Air Personnel

The announcement comes after an AAV sank in late July off the coast of California, claiming the lives of eight Marines and one sailor. As a result, the Marine Corps has suspended waterborne operations for its fleet of 800 AAVs.

While Garner did not mention the AAV accident, retired Col. William Preston McLaughlin, who commanded a Marine assault amphibian battalion, said in July that the accident highlights the need for the Marines to field the ACV as a replacement for the 1970s-era AAV.

In 2018, the Corps selected BAE Systems, along with teammate Iveco Defense Vehicles, to build a replacement for its aging AAV, which is also built by BAE.

The ACV is an advanced, eight-wheeled vehicle equipped with a new six-cylinder, 700-horsepower engine, which provides a significant power increase over the AAVs currently in service.

The Marines hope to go into full-rate production in the first quarter of fiscal 2021, Garner said.

The ACV program is currently in low-rate initial production (LRIP), but the initial fielding will still occur in October instead of November or December, he added.

“It could have even been later than that and still be within what we refer to as the program baseline,” Garner said. “We are actually in the second year of LRIP, so we are building vehicles now, and those vehicles will continue to be fielded.”

The Marine Corps intends to field another unit in southern California in the January-February timeframe, he said.