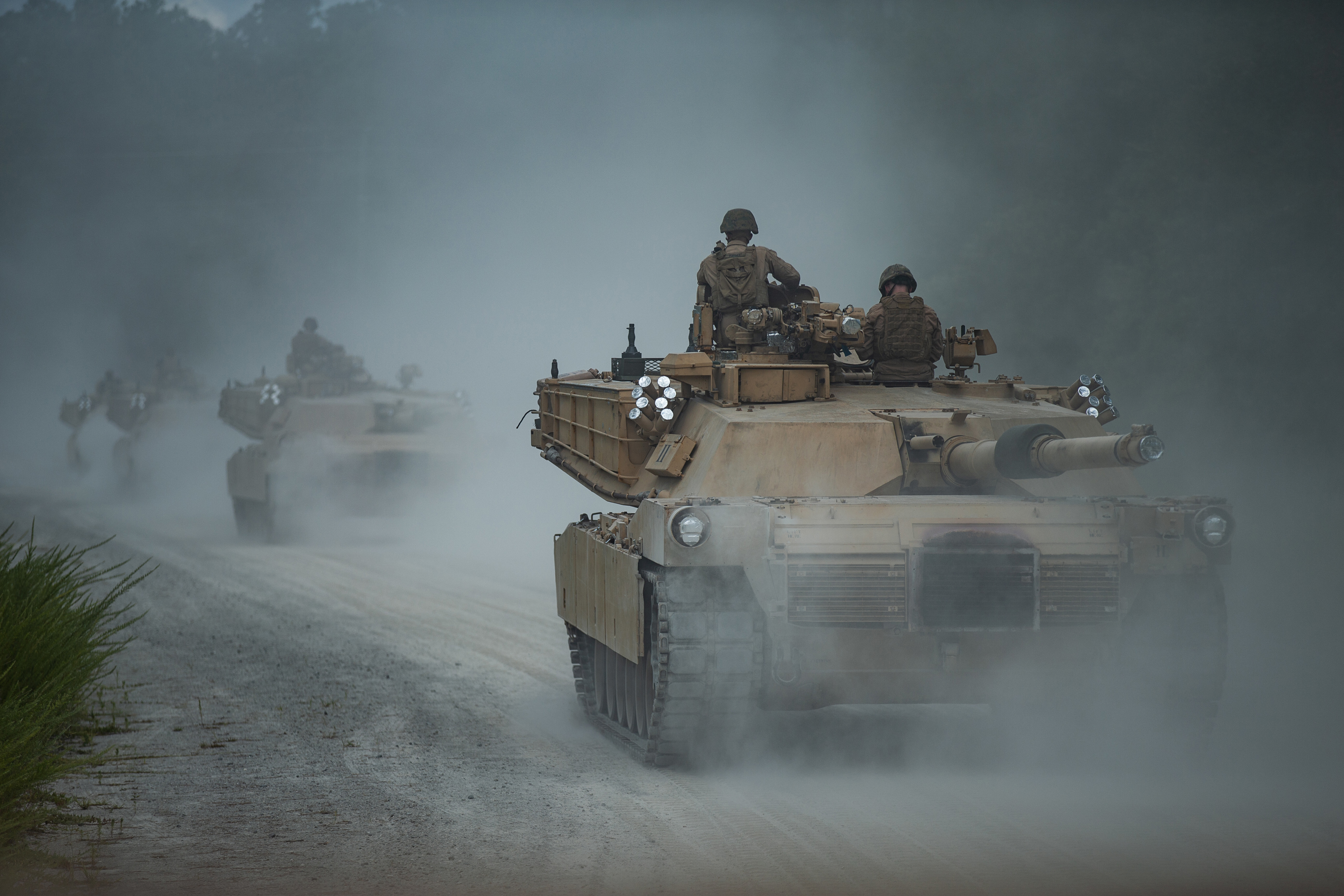 The Marine Corps is in the process of getting rid of its tanks in preparation for possible island-hopping missions in the Pacific, but the move could lead to a bitter inter-service divide if the Army is tasked with filling the gap, defense experts warned this week.

Some Marine Corps tank companies have cased their colors, winding up decades-long missions as part of a service-wide redesign. Charlie Company, 2nd Tank Battalion, was the latest armor unit to shut down this week in a ceremony at Camp Lejeune, North Carolina.

The company’s M1A1 Abrams tanks were hauled away Monday. A few weeks prior, members of 1st Tank Battalion saw their tanks off at Twentynine Palms in California.

Read next: ‘They’re Delinquent:’ Trump Says Germany Will Have to Pay More to Stop US Troop Withdrawal

The move has left many with mixed feelings, including a pair of retired Marines who sounded off on the decision during a virtual event hosted by the conservative Heritage Foundation think tank billed as “Re-Designing the Marine Corps for Future War: Necessity or Madness?”

“The Marine Corps likes to think of itself as kind of a Swiss Army knife,” said retired Marine Col. Mark Cancian, a senior adviser at the Center for Strategic and International Studies. “But this will be a Swiss Army knife whose owner has ripped out a couple of blades because he doesn’t think he’s going to need them anymore.”

Cancian and retired Lt. Col. Frank Hoffman, distinguished research fellow at the National Defense University, both said there are things they like about Marine Commandant Gen. David Berger’s plan to reshape the force in preparation for future conflicts with more skilled adversaries.

Many of the changes tie into the National Defense Strategy, Hoffman said. And investments in long-range precision fires and smaller amphibious ships would be necessary should conflict with China break out, Cancian added.

But both say they’re concerned about the decision to fully cut tanks from the Marine Corps’ arsenal.

“I’ve heard the Marine Corps argue that they can get these missing capabilities from other services, particularly from the Army. But I think that’s unlikely,” Cancian said. “I think, if the Marine Corps wanted those assets, that a combatant commander would have to take them away from the Army, which would engender a bitter inter-service fight.”

Lt. Gen. Eric Smith, the head of Marine Corps Combat Development Command, told Military.com earlier this year that, as the nation’s “fight tonight” force, Marines have to travel as lightly as possible.

“There are other forces within the Department of Defense, because we’re part of a joint force, who can bring … the big, heavy fist,” Smith said. “For example, the Army, I believe, has 37 tank battalions, so we’re pretty well covered on tanks.”

Hoffman said it remains to be seen whether the Marine Corps’ plans fit into a larger strategy for the joint force. If Army units are going to be tasked with complementing Marine Corps missions, he said, it would require new training and doctrine.

Cancian agreed, adding that the Marine Corps’ plans could place new burdens on the Army. Both retired officers advocated for the Marine Corps Reserve to keep some of its tanks.

“[That’s] a very appropriate strategy to manage some of the risks,” Hoffman said. Both he and Cancian served in the Marine Corps Reserve.

At least one Reserve unit — Alpha Company, 4th Tank Battalion — has already been deactivated. All of 4th Tanks’ six companies, along with its battalion headquarters, are expected to deactivate by the end of 2021, said Maj. Roger Hollenbeck, a spokesman for Marine Forces Reserve.

As Marines with Charlie Company, 2nd Tank Battalion, said goodbye to their tanks this week, Capt. John Fergeson, the commanding officer, called it a somber day for many.

“Not only for tankers, but for many of my fellow warfighters as well,” he said, according to a Marine Corps news release on the company’s deactivation.