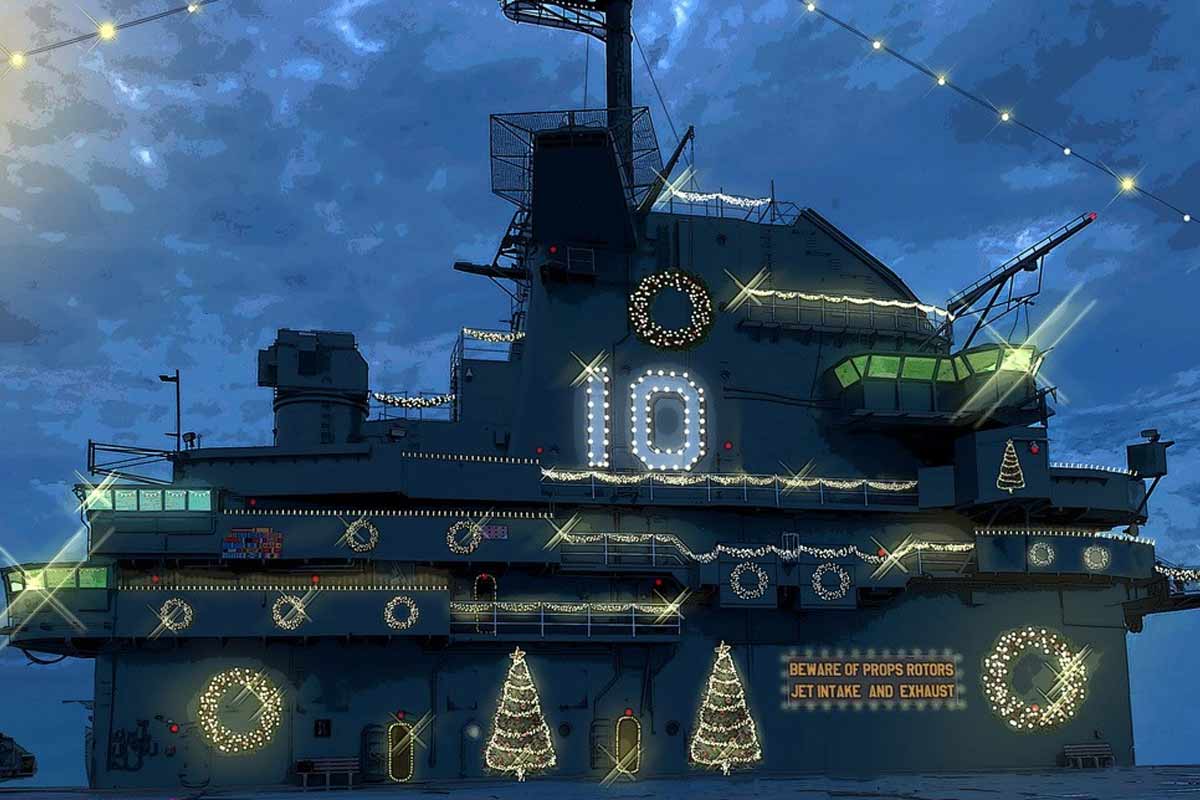 Sailors looking to pocket extra cash ahead of the holiday season can now volunteer for a unique assignment.

The Hallmark Channel is looking for dress blues-owning extras to appear in its upcoming holiday movie, “USS Christmas.” Filming runs from Sept. 28 through Oct. 1 in Charleston, South Carolina. Participants don’t need to commit to filming every day.

The Hallmark Channel did not respond to questions about the movie’s plot, who’s starring in it, how many sailors it wants to serve as extras, or when and where the movie will air.

Chris Hauff, a spokesman for the Patriots Point Naval and Maritime Museum in Charleston, told Military.com that most of the filming will take place on the aircraft carrier Yorktown. The World War II-era carrier is one of three Navy vessels on display at the museum, along with the destroyer Laffey and submarine Clamagore.

The plotline on the Polaris, which is what Hallmark is calling the Yorktown in the movie, centers around what’s known as a tiger cruise, Hauff said. Tiger cruises are when family and friends of sailors and Marines get a chance to go out on a Navy vessel to experience what their loved ones do while deployed.

Like a lot of Hallmark flicks, someone on the ship doesn’t believe in Christmas, while others aboard want to spread holiday cheer. Christmas always tends to win out in the end in Hallmark plotlines, which Hauff said might be what everyone needs during a holiday season that falls in the middle of a global pandemic.

“Given how everyone’s feeling right now, everybody needs a win,” he said.

Production on the movie has moved fast, Hauff added. Within weeks of talks with the Hallmark Channel, producers, the director, stagehands and others working on “USS Christmas” have been out to visit the ship.

Museum staff is now waiting on a big tractor-trailer full of Christmas decorations to arrive and are planning how they’ll use the ship’s weapons elevators to get all the set equipment where it needs to be.

This isn’t the first starring role for the Yorktown. The ship was first featured in the 1944 Academy Award-winning documentary “The Fighting Lady,” before going on to appear in “Tora, Tora, Tora” and an episode of the 1960s TV series “Get Smart.”

Hallmark has asked the Patriots Point staff lots of military-related questions, Hauff said, who credited the channel’s decision to get real sailors to appear as extras. The sailors on set will likely be all too willing to point out where they might be getting the military details wrong, he said.

“I think it was a great move and one that should be recognized for them to actually reach out to active-duty service members or veteran sailors,” Hauff said. “… Hopefully that goes a long way in their movie.”

Sailors and vets who want to appear in the movie must be over the age of 18, according to Hallmark’s casting call. Hallmark is looking for men and women to serve in background roles.

The base pay for an eight-hour shift is $64, but sailors and vets will be paid an extra $50 for bringing their own uniforms. Anyone participating must also undergo a mandatory test for COVID-19, the illness caused by the novel coronavirus, before shooting starts.

That mandatory nasal swab comes with a $20 bump in pay. Testing is set for Sept. 24 at a drive-through location.

Hauff said Hallmark’s decision to feature the Yorktown in “USS Christmas” came at a good time for the museum, which has been forced to lay off staff during the pandemic as tourism fell across the country.

“This couldn’t have come at a better time,” he said. “It creates a whole new market for us and brings in new people that may not know much about the Navy at all. And when they get here because of the movie, they’ll get to learn about our heroes and what veterans did for our country.”

Related:The True Story of the USS Kidd, the Ship Used to Film ‘Greyhound’