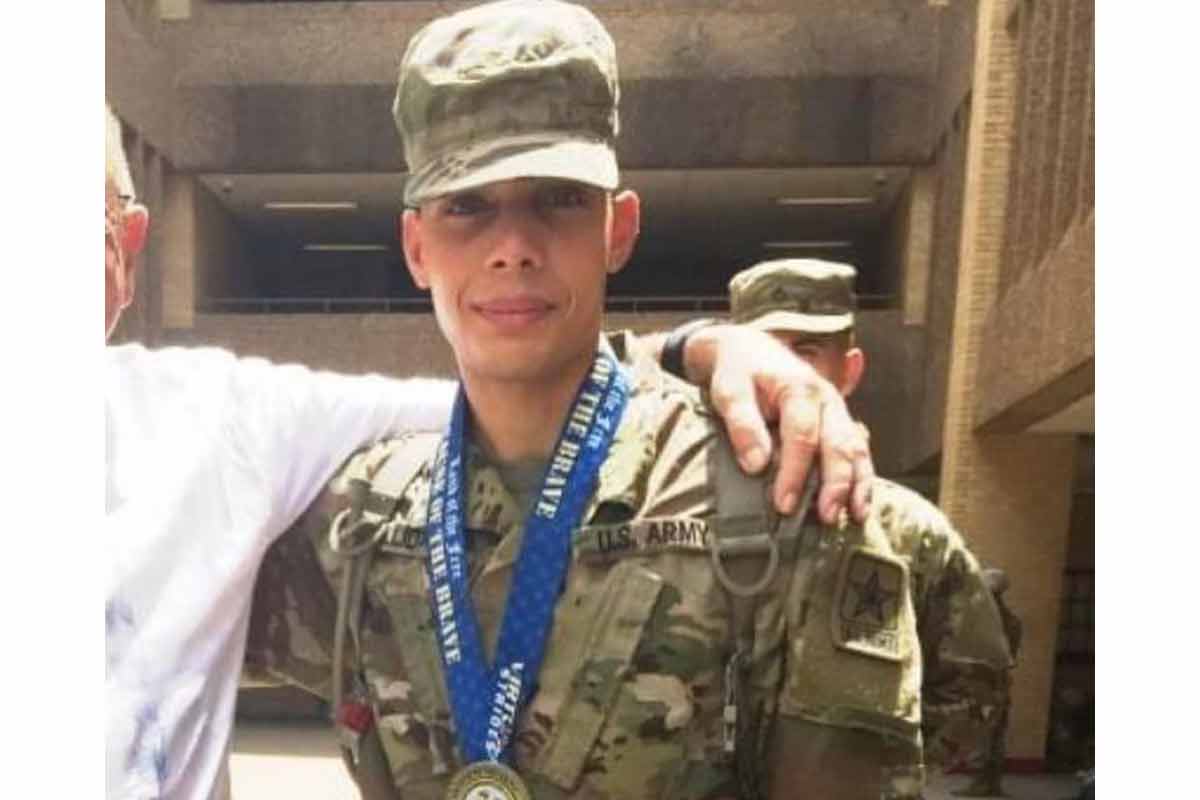 Army officials at Fort Bliss, Texas, are asking the El Paso community for assistance in an expanded search for a soldier who has been missing since late July.

The Army initially listed Pvt. Richard Halliday of the 32nd Army Air and Missile Defense Command as Absent Without Leave, or AWOL, when he reportedly fled from his unit on July 24.

But new evidence uncovered by U.S. Army Criminal Investigation Command special agents “suggests that Pvt. Halliday may have left Fort Bliss earlier than previously reported,” according to a statement from Lt. Col. Allie Payne, spokeswoman for the 1st Armored Division and Fort Bliss.

“It remains uncertain of how or when Pvt. Halliday departed Fort Bliss,” she added.

The Army previously believed that Halliday had last been seen on July 24, but CID has learned that the soldier who claimed to have seen Halliday on that day lied during the interview, an Army official, who asked to be unnamed, told Military.com.

Fort Bliss would not share details of the investigation, but officials there believe that Halliday is alive because there has been activity on his phone, according to the unnamed Army official.

Halliday’s parents, Rob and Patricia, have been asking for help on Facebook to find their son. They launched a GoFundMe campaign and have so far raised more than $12,000, with a goal of $20,000.

Military.com reached out to Halliday’s parents, but did not receive an immediate response.

“Right now, the reward is up to $3,000 for anyone who can give us the information to find our son,” Patricia Halliday said in a Sept. 19 Facebook video.

Rob Halliday said the couple didn’t learn their son was missing until Aug. 28, when they called his unit.

“We usually communicate with Richard about every two weeks, plus or minus, and we hadn’t heard from him. We thought he may have been in the field, but we were tired of waiting,” Rob Halliday said in the video.

Halliday’s mother said the couple last talked to their son on July 23.

“We had been home because of the COVID-19 lockdown,” she said. “No reason for anyone not to get in touch with us, so we were very shocked.”

Fort Bliss officials say that on July 26 they called the emergency contact phone numbers Halliday provided the unit, but the people who answered did not know the soldier, Payne told Military.com.

Halliday’s mother said in the video that they will travel from their home in Sarasota, Florida, to Fort Bliss to search for their son.

“Like the good shepherd that is missing one of their sheep, the old woman that loses one of her coins, you stop what you are doing and you go look, so that is what we are doing,” she said. “Just spread the word and say prayers the angels are surrounding Richard right now.”

Halliday’s case comes as the country has been focused on Fort Hood, Texas, where Spc. Vanessa Guillen was murdered on post in April and whose fate was unknown until officials found her remains in early July.

The remains of another Hood soldier, Pvt. Gregory Morales — who was declared AWOL when he went missing in August 2019 — were discovered in June as authorities searched for Guillen.

Army Secretary Ryan McCarthy said in early August that these cases have prompted the service to consider changing the way soldiers are initially listed when they go missing.

Halliday’s father said the couple believes their son is alive.

“With all the information we have received, we are considering him missing because there is no other evidence to point otherwise,” he said.

After 30 days, missing soldiers are typically listed as deserters, but Halliday’s duty status remains AWOL for “administrative purposes to allow the continued dedication of proper resources in the search for this young man,” the release states.

Fort Bliss and the soldier’s unit have conducted active searches, on and off base, but are now widening the search to include the area in and around El Paso. They ask anyone with information about Halliday to call the Fort Bliss Military Police at 915-744-1237.

“We are hoping that bringing more awareness to the case will lead to more tips and information on his whereabouts,” Payne told Military.com.

Related: ‘This All Could Have Been Prevented’ – Inside the Disappearance and Death of Vanessa Guillen