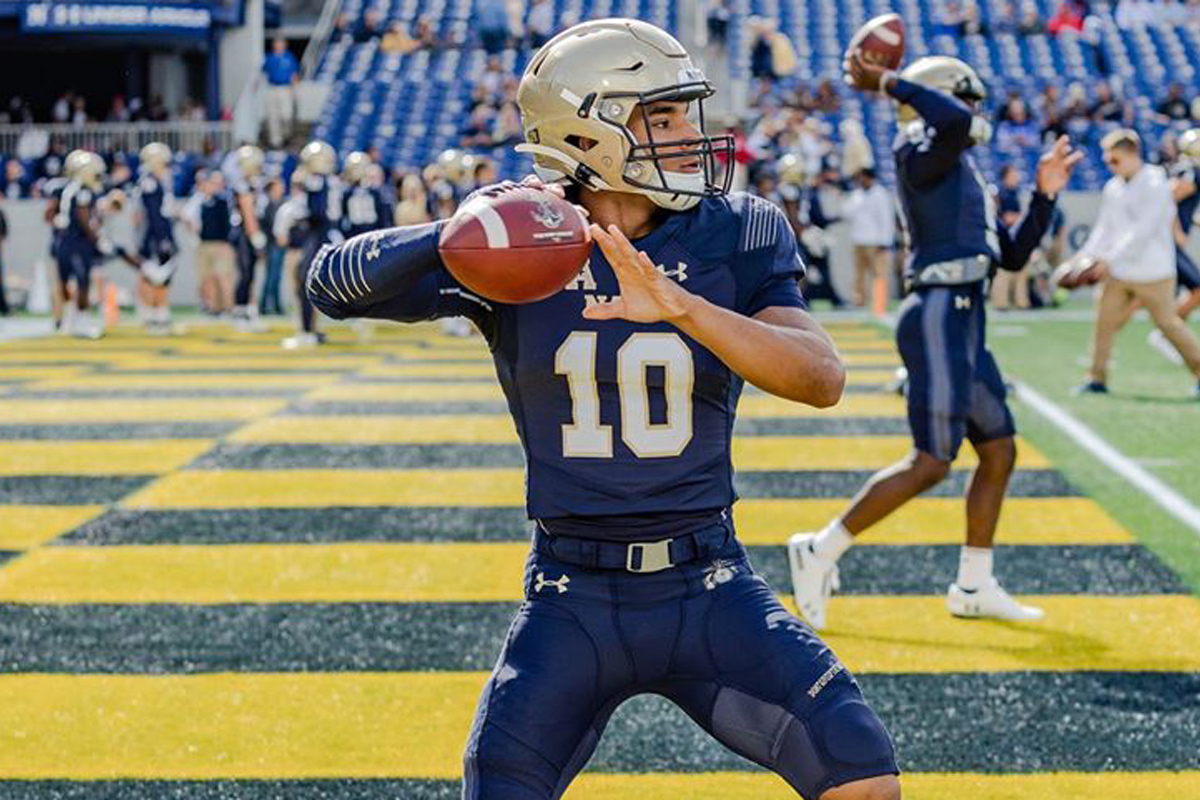 Perry, who is now a member of the Miami Dolphins, acknowledged this week that he contracted and recovered from COVID-19. The Tennessee native, who reported to the Dolphins team facility on Monday, participated in a team initiative aimed at helping others recover from the virus.

Perry was among several Miami players that donated blood plasma as part of a partnership with Baptist Health South Florida.

“I was surprised initially but was happy because I was presented with the opportunity to give back and donate plasma and help people in need,” Perry said during a video posted to the team website. “Being able to give back to people who weren’t fortunate enough to react the same way you did to the virus and give back to the community was important.”

Perry spoke from a stretcher bed while having his blood drawn from inside a OneBlood “Big Red Bus.” The rookie running back was wearing a Navy football t-shirt in the video.

Dr. Michael Swartzon, who is with Baptist Health South Florida and serves as team physician for the Dolphins, said he and Miami athletic trainer Kyle Johnston brainstormed with coach Brian Flores about ways the organization could respond to the pandemic.

Linebacker Andrew Van Ginkel, entering his second season with the Dolphins, also donated blood plasma as part of the drive.

Dr. Richard Levine, an infectious disease physician with Doctors Hospital, said medical professionals are using convalescent plasma earlier in coronavirus treatment in an effort to prevent progression of the infection.

People who have recovered from the coronavirus have developed antibodies to the virus that remain in the plasma portion of their blood. By transfusing plasma from a person who has recovered from COVID-19 into a patient still fighting the virus, it can boost their immune system and potentially help them recover.

“That’s why it’s crucial that people who have recovered from the virus become convalescent plasma donors,” Levine said. “We are grateful to the Miami Dolphins and OneBlood organizations for their dedication in helping the communities we serve.”

Perry enjoyed a record-setting senior season as the starting quarterback for Navy, earning American Athletic Conference Offensive Player of the Year honors while setting a Football Championship Subdivision record for rushing yards by a quarterback. The 5-foot-9, 190-pound speedster rushed for 2,017 yards and scored 21 touchdowns in leading the Midshipmen to an 11-2 record, Commander-in-Chief’s Trophy championship and Liberty Bowl victory.

Miami selected Perry in the seventh round (246th overall) of the NFL Draft and list him as a running back on the roster. Perry is expected to be used in a variety of ways, including as a slot receiver and perhaps as a quarterback in the Wildcat formation.

This article is written by Bill Wagner from The Capital, Annapolis, Md. and was legally licensed via the Tribune Content Agency through the Industry Dive publisher network. Please direct all licensing questions to l[email protected]

© Copyright 2020 The Capital, Annapolis, Md.. All rights reserved. This material may not be published, broadcast, rewritten or redistributed.