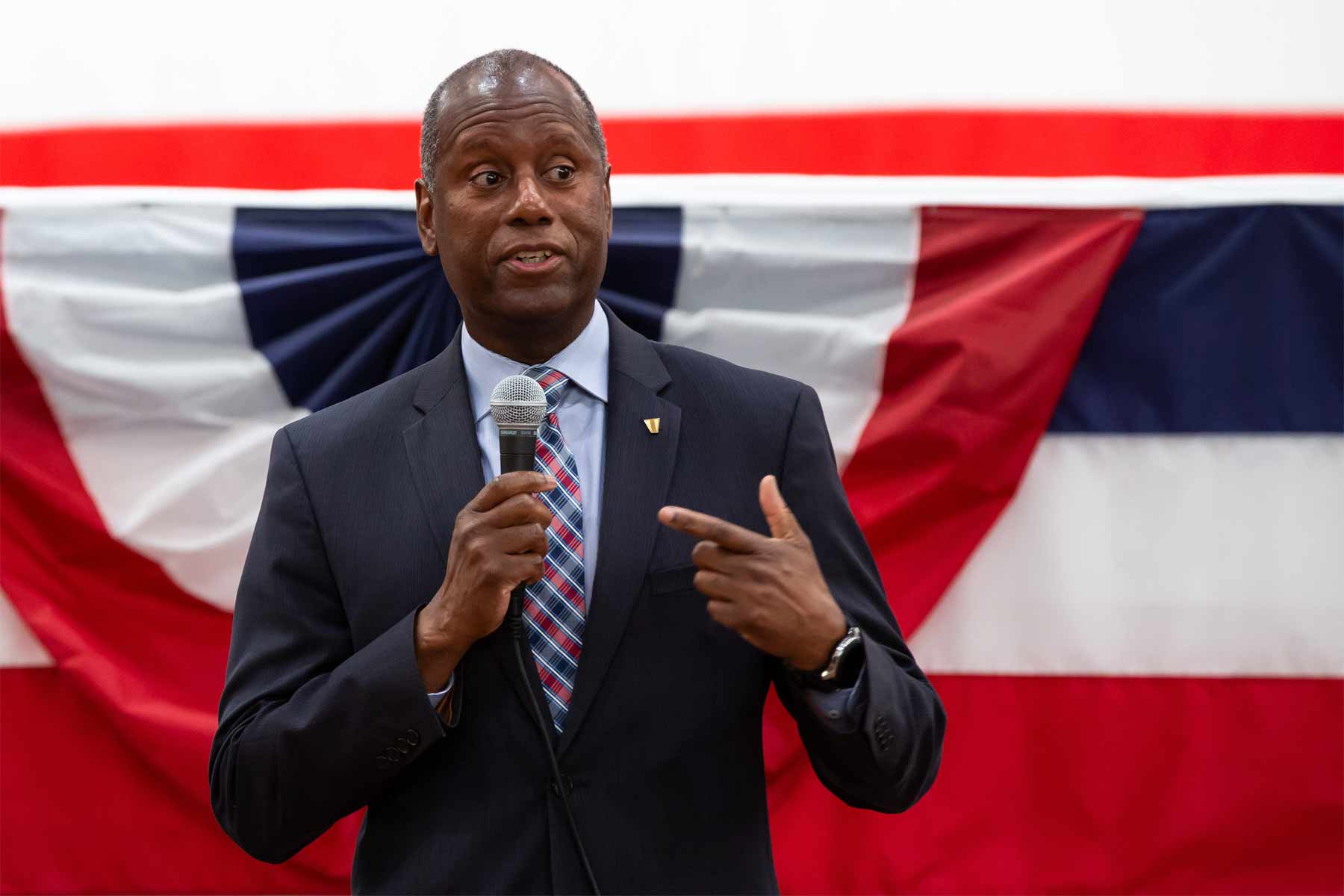 The civilian head of the Defense Department’s office overseeing strategic missile defense sexually harassed three female colleagues, one over the course of seven years — subjecting them to unwanted attention and touching, and even on one occasion taking an inappropriate photograph without permission, according to a new report from the Defense Department Inspector General.

Former Missile Defense Agency Executive Director John H. James retired Feb. 29 after a 37-year career in the Defense Department. He’d been reassigned Nov. 24, 2019 to the job of assistant director for Cybersecurity amid an investigation into his conduct.

The DoD IG report into allegations of James’ sexual harassment and misconduct was completed July 13, and the findings were first reported Wednesday by USA Today.

The 25-page report, with testimony from 11 witnesses, lays out a detailed timeline of James’ substantiated inappropriate activities over the course of his tenure at MDA.

“We determined that from 2012 through 2019, Mr. James repeatedly sought out and made deliberate, unwelcomed physical contact with Employee 1, over whom he had no direct supervisory authority and with whom he would normally have little or no professional interaction,” the IG report stated. “He often sought her out at MDA events, asked her for her personal information, made inappropriate comments to her, and engaged in other inappropriate conduct that implied a personal or sexual interest in her.”

James’ alleged harassment of that employee continued, according to the report, even after he had received a letter of counseling warning him about his behavior toward another woman.

While the report largely focused on a pattern of alleged harassment and unwanted pursuit of the woman identified as Employee 1, the report found James also massaged the neck of a second employee on two separate occasions, saying, in one case, “I love this.” James denied the neck-massaging episodes took place.

He was also found to have told a third woman to open her coat so he could see her sweater in the context of an office ugly-sweater contest — an incident the woman reported, leading to the letter of counseling. James denied he had intended to harass the woman with this comment.

In the case of Employee 1, the report also found that James’ alleged behavior had affected the larger work environment, as other employees sought to shield her from his attentions. He frequently invited her to his office without a professional reason, according to the report; pressured her to dance with him at a holiday party; and in one instance, took a photo of her clothed buttocks with her cell phone, the report states. James said he never took that photo, adding it was something he wouldn’t do.

“On several occasions Mr. James shook and held Employee 1’s hand for an uncomfortably long time; one witness described one of these handshakes as odd and creepy,” the report adds.

A complaint summarizing all these allegations was made Aug. 5, 2019, and James was notified of the complaints days later.

According to the timeline assembled in the report, some of the alleged harassment was taking place even as James was addressing his subordinates’ own inappropriate office activity. In 2012, James sent a memo to MDA employees telling them to stop using government computers to visit pornographic websites at work.

In response to the totality of allegations investigated by the IG, James told investigators the complaint had been initiated by a bitter MDA employee passed over for senior executive service.

While there was “a modicum of truth in the interactions,” James said, there had been “no intent for sexual harassment, or favors, or anything of that nature.”