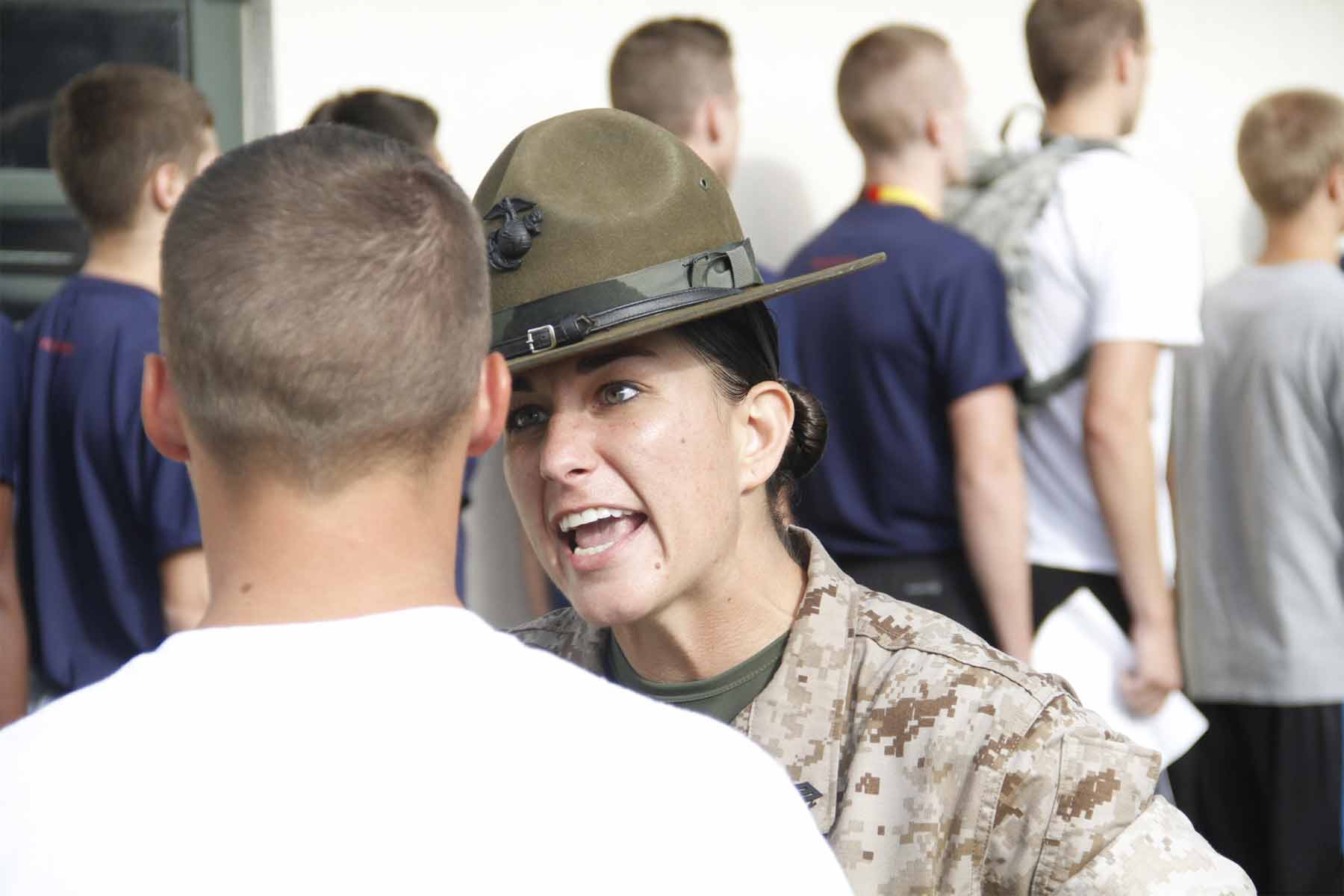 Female drill instructors train at the Marine Corps’ East Coast schoolhouse to lead recruits only at Marine Corps Recruit Depot Parris Island, South Carolina. It’s not immediately clear whether the women who will be assigned to San Diego this winter would train at the service’s West Coast drill instructor school, or would transfer to the California depot once they’ve completed training at Parris Island.

The 2020 National Defense Authorization Act requires the service to stop separating trainees by gender at Parris Island within five years and in San Diego within eight.

Berger said the Marine Corps has a long way to go in meeting the requirement because half of all enlistees who train on the West Coast “never see a female recruit at all.”

“Nothing about the way we’re organized right now lends itself to integrated recruit training,” he said.

The Marine Corps began training coed companies at Parris Island last year, but the East Coast recruit depot doesn’t have the space to accommodate that setup during busy summer months when it receives an influx of trainees following high school graduations. The men and women attending boot camp at Parris Island interact with both male and female drill instructors.

Earlier this month, the Marine Corps released some of its plans for ending gender segregation at boot camp. The document states that making recruit training coed is a “top priority” for the service, adding that all-male recruit companies trained solely by men would become “obsolete.”

“The outcome the Marine Corps desires for gender integration is for every male recruit to train alongside a female recruit within the same company,” read the document, which was submitted to the Defense Advisory Committee on Women in the Services.

The Marine Corps has faced scrutiny over its tradition of separating men and women at boot camp, particularly after combat jobs opened to women and the service faced a scandal that uncovered troubling ways male Marines viewed and treated their colleagues.

When introducing the measure that eventually became law, requiring the Marine Corps to move forward on the plans to end the practice of separating men and women at boot camp, Rep. Jackie Speier, a California Democrat, said the move would make the military stronger.

Speier is pushing for boot camp to be integrated down to the platoon level. So far, the coed companies that have completed training at Parris Island have included all-male and all-female platoons.

Berger on Thursday defended that concept, saying that Marines’ entry-level training differs from the other branches in that it’s continuous, with drill instructors living in the barracks with recruits, coaching and mentoring them “24 hours a day.”

“In the other services, training day ends at a certain time, and then you and I go back to our barracks, and then the next training day is the next day,” he said. “Not in Marine world.

“So, we’re comfortable where we are in terms of integration level,” Berger added.