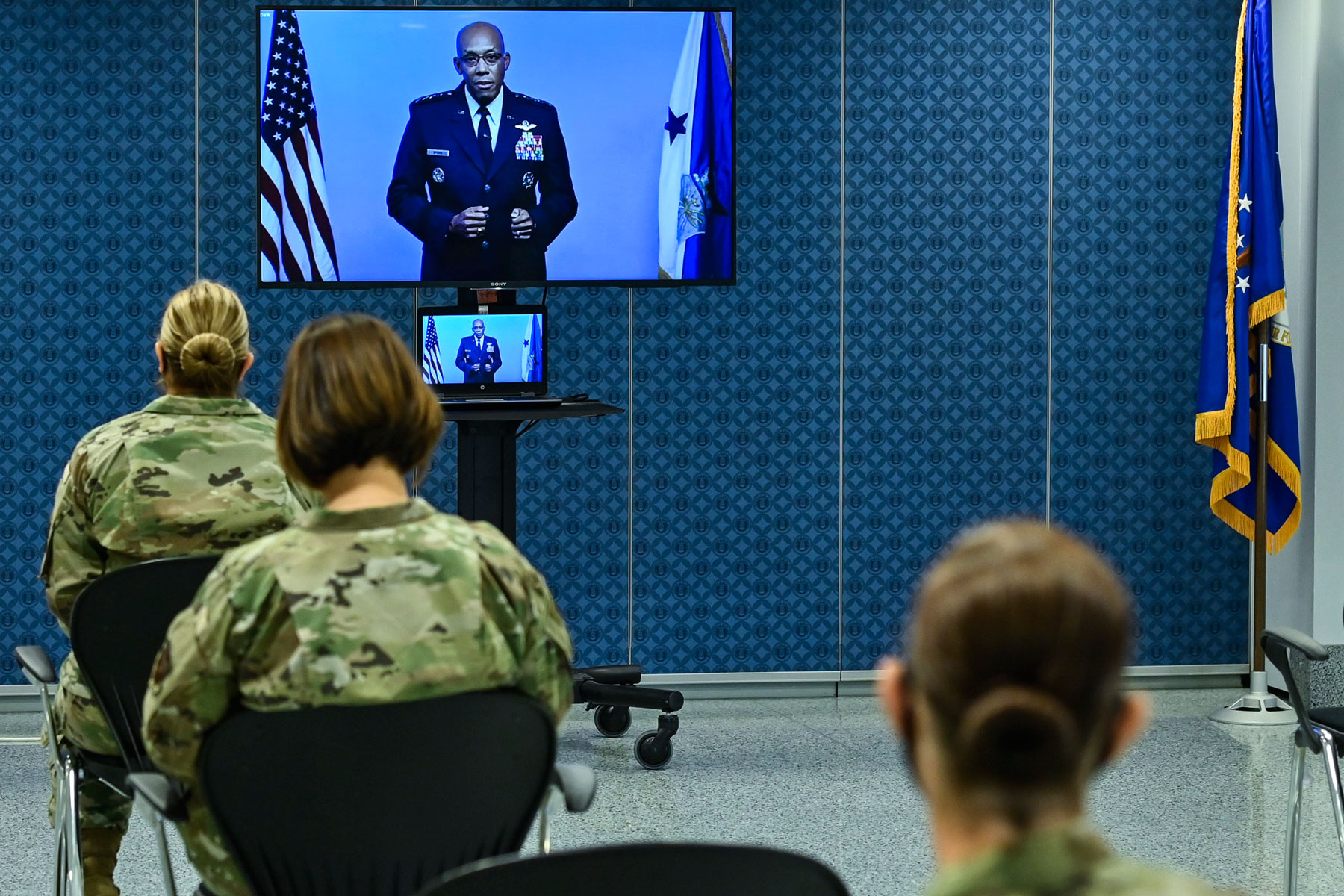 The U.S. Air Force’s top leader said that nearly 100 airmen have taken their lives this year.

In light of that number, the service has distributed new instructions to leaders on how to talk through what could be troubling airmen during challenging times.

As a result, “we have a playbook that we pushed out to our leadership out in the field to help them work through some of this,” he said. Brown did not offer additional details on the instructions.

Reiterating comments he made last month, Brown said the coronavirus pandemic may be a contributing factor.

“The challenge I’ve seen here is, the stressors that we have this year are much different than the stressors we had last year,” he said. “We don’t have a chance for [airmen] to connect and be close to the folks that they work with on a day-to-day basis … and that creates a challenge.”

But nearly half of airman suicides — 45% — are related to relationship issues, he added. “So how do I actually get more counselors who can talk to our younger airmen about relationships, and how they build meaningful relationships so they don’t feel crushed the first time or second time with a relationship issue?” Brown said.

In 2019, 137 airmen across the active duty, Guard and Reserve took their own life, a 33% increase over the previous year and the highest annual number since the Air Force began keeping an official record in 2008.

“There is not one simple solution,” Chief Master Sergeant of the Air Force JoAnne Bass said Wednesday during a speech addressing mental health, trauma and suicide in the service. “When it comes to mental health, every single one of our airmen has a unique challenge or something that happens and, even if we fix policies and processes within the mental health system, there will still be challenges.”

Bass said she has reached out to the Surgeon General’s office and resiliency teams, which are already forming working groups to move some actions forward, reviewing policies that may need updating to help airmen who are struggling.

“What are our Air Force policies that we can fix, and what things do we need to take to [the Defense Department] so that we can fix some DoD policies?” she said. “I’m concerned we don’t have enough mental health professionals to help in our Air Force.”

But amid the COVID-19 pandemic, telehealth is on the rise, not only in the military but across the nation, Brown said.

There has also been a push to involve family members in the healing process more often. The Air Force is working to provide additional resources to those closest to an airman who detect early signs their loved one should seek help, he said.

“We’ve made some progress,” Brown said. “[But] because the stressors are much different, as I said, there’s still more work to be done.”