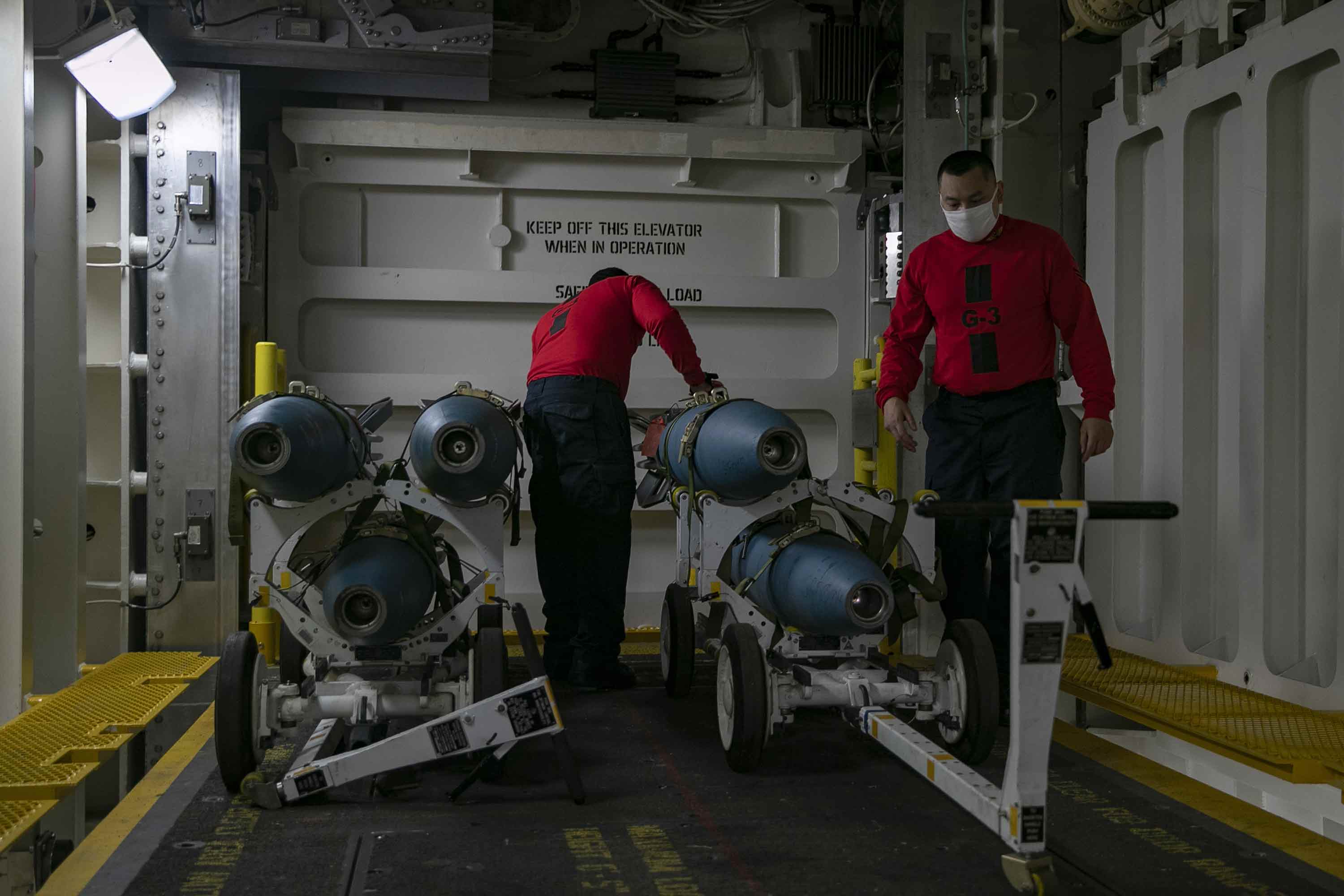 The Navy’s newest aircraft carrier could soon pass the halfway point in getting its weapons elevators up and running.

The second of two lower-stage elevators on the carrier Gerald R. Ford is on track to be certified this summer, James Geurts, assistant Navy secretary for research, development and acquisition, told reporters Thursday. That would leave the Ford with six working elevators and five still left to be certified.

The lower-stage elevators move heavy ordnance up to the flight deck from deep in the ship. The Navy certified the Ford’s first lower-stage elevator, which moves ordnance form the aft magazine, in April. Geurts said they’re on or ahead of schedule to get the next one operating in coming months.

“I don’t want to jinx myself with that, but I do want to give a shout out to … the ship builders, because they’ve had hundreds of folks on the ship for all these at-sea periods and are getting very meaningful work done even while we’re at sea,” he said.

Navy leaders have taken heat from members of Congress, government watchdog groups and others over several major problems with new technologies on the Ford.

That includes new state-of-the-art advanced weapons elevators, which move bombs from below deck faster than cable versions on the Nimitz-class carriers. When the Ford was delivered to the service in 2017, none of the ship’s 11 elevators were working properly.

Former Navy Secretary Richard V. Spencer famously told President Donald Trump he’d have all the elevators up and running by summer 2019 “or you can fire me.” A year past that deadline, the Navy now plans to certify its sixth of the 11 elevators.

Geurts said the first of the lower-stage elevators was tested and stressed during recent sea trials on the Ford, during which it had its biggest carrier air wing embark to date.

“They moved [about] 35,000 pounds of bombs up from the magazine to support cyclic [operations] from that one,” he said. “Meanwhile, we had dedicated shipyard workers working on elevators, and we’re progressing on or ahead of plan.”

Navy leaders announced last year that the service would build a new land-based test site in Philadelphia for its advanced weapons elevators. Geurts said those test sites, while expensive, are critical for developing and maintaining high-tech systems.

“We have not seen any issues, you know, nearing 10,000 cycles of the elevators on the ship,” he said. “But should we see issues, we have a way to check those out — or if we’re doing changes to systems, we can check them out before we put them on the ship.”

“The ship used that procedure successfully and then immediately upon executing that, launched the entire air wing,” Geurts said.

The Ford’s five remaining elevators are slated to be working by next summer. Geurts said those elevators will perform some of the same functions as the first six, giving the crew “redundancy and additional capacity.”

“So we can do all the functions when we get this next elevator done,” he said. “We just have to get our capacity.”